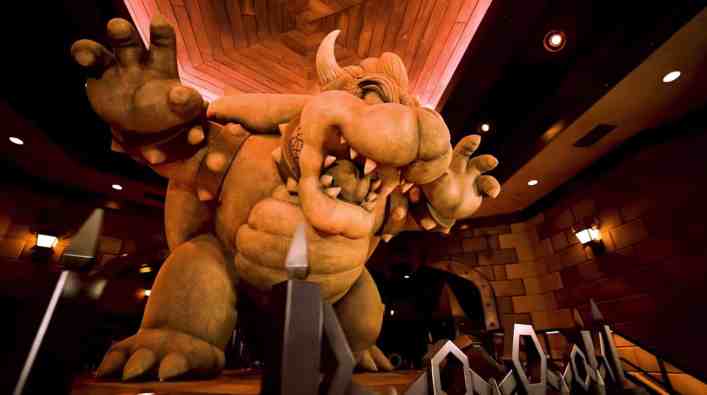 Super Nintendo World will open its doors on Feb. 4, 2021. Universal Studios Japan’s Nintendo theme park location had its opening plans revealed today with an announcement video. In a nutshell, the game maker is bringing Mario and friends to life with recreations of things seen in the games, such as the Mushroom Kingdom and Bowser’s Castle, and interactive rides, like the augmented reality Mario Kart ride called Koopa’s Challenge that features collectible virtual coins.

Bloomberg Quicktake provided additional coverage of Super Nintendo World at Universal Studios Japan. Aside from providing more footage of the theme park’s many Mushroom Kingdom buildings, the video below gives us our best look at Mario Kart: Koopa’s Challenge yet. Though there is still much about the ride and the theme park as a whole to be revealed, the promise of a real-life, competitive game of Mario Kart is already exciting enough, even if we already have Mario Kart Live: Home Circuit.

Super Nintendo World is getting its start during a time of uncertainty for the theme park industry, due to the COVID-19 pandemic. Despite many expressing travel concerns, Nintendo and Universal seem to have already started working on a Donkey Kong-themed neighbor park. In August 2019, what seemed to be promotion videos for Super Nintendo World leaked, showing off more of what Nintendo has planned for the Mario portions of its theme park.