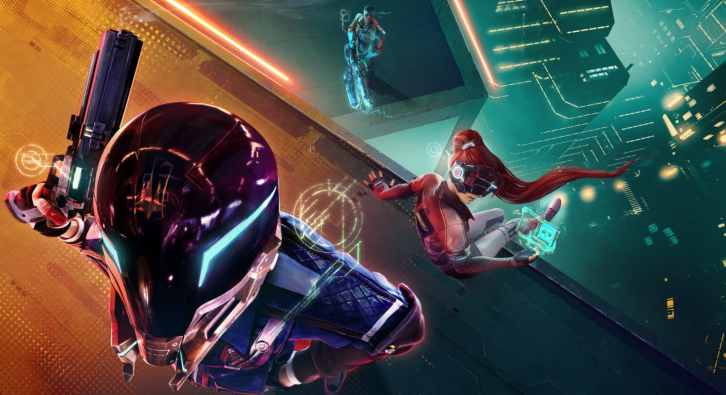 There’s lots to talk about when it comes to video game news today. We got our first look at next-generation pricing with NBA 2K21, and 2K might not be the only publisher to increase the cost of games on next-gen hardware, according to IDG. Ubisoft’s Hyper Scape battle royale was also officially revealed, along with an even better look at the Super Nintendo World theme park. Here’s the video game news you might’ve missed on July 2, 2020.

Following today’s reports about NBA 2K21 increasing its price to $69.99 for next-gen versions, International Data Group (IDG) President and CEO Yoshio Osaki believes other publishers will also increase the price of PlayStation 5 and Xbox Series X games. In speaking with GamesIndustry.biz, Osaki said, “IDG works with all major game publishers, and our channel checks indicate that other publishers are also exploring moving their next-gen pricing up on certain franchises…”

Osaki noted that game prices have not gone up since 2005, despite the cost of production skyrocketing between 200% and 300% in recent years. We’ll likely find out more about next-gen game pricing as we get closer to the new systems’ releases later this year.

Today, Ubisoft released the Hyper Scape World Premiere Trailer, showing off some of its gameplay and characters. Hyper Scape is yet another battle royale game, created by Rainbow Six Siege developer Ubisoft Montreal. It’s a fast and chaotic shooter, resembling its contemporaries like Apex Legends and Fortnite. It will feature a story and some twists to the battle royale formula.

Most notably, every player can gain access to whichever weapon they discover and can upgrade them to their max level, which seems to level the playing field for everyone instead of restricting certain weapons behind classes. Abilities can be acquired as loot too. In the final stages of a match, players can hold onto a crown for 45 seconds to win a match automatically, being reminiscent of Capture the Flag, but eliminating the other players will still win the match too.

You can check out the new trailer below:

A My Friend Pedro TV Show Is in Development

Yet another video game is getting a TV adaptation, joining the likes of Fallout (which was also just announced today), The Last of Us, and others. This time it’s My Friend Pedro, an action game that released on Nintendo Switch, PlayStation 4, PC, and Xbox One recently. The show is a collaboration among Legendary Television, DJ2 Entertainment, and 87North Productions and will be executive produced by the co-creator of John Wick, Derek Kolstad.

As The Hollywood Reporter notes, the show will be an “R-rated half-hour dramedy series,” though little else is known about when to expect it and which platform it will be available on.

Giancarlo Esposito Will Star in a “Huge” Upcoming Video Game

Speaking of TV shows, Breaking Bad and Better Call Saul‘s Giancarlo Esposito is currently working on a “huge” upcoming video game, though it’s unknown which one. He did mention it’s a game he’s been working on this year, using a new kind of technology. Many fans are excited about this, due to his portrayal of Gus Fring in the Breaking Bad universe. Given how beloved that villain is, the community is hoping and speculating Esposito will also play a villain in the upcoming game, but at this point, we don’t know much about the project. Perhaps he’ll be the bad guy in the new Far Cry game?

Read More: Breaking Bad’s Giancarlo Esposito Is Working On A Big Video Game That He Can’t Tell You About

Here’s Our Best Look at Super Nintendo World Yet

Twitter user @29Qu recently uploaded an extensive video of Super Nintendo World, showing off many of the theme park’s areas. Though the video is only a little over a minute long, it’s the best look at the park we’ve seen yet, depicting a massive castle, coins, Piranha Plants, and an overall view of the whole park. Universal Studios Japan recently delayed the opening for Super Nintendo World, and now it will open this fall at the earliest, if not in 2021. For now, you can check out the footage below to hold you over: