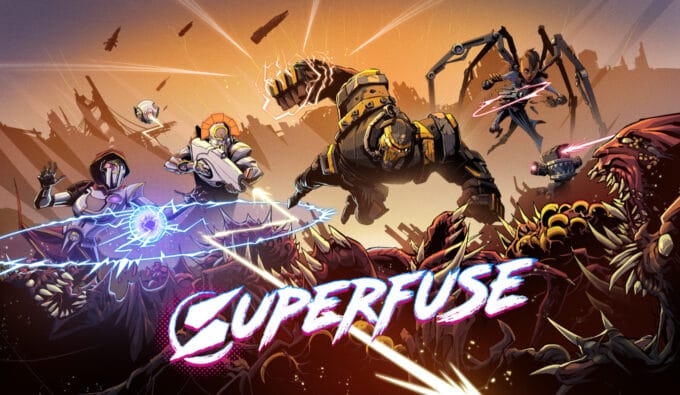 Publisher Raw Fury and developer Stitch Heads have announced superhero action RPG Superfuse for PC via Steam. It will enter Steam Early Access sometime this year and launch in full in 2023. The game has a top-down perspective and comic book-inspired visuals that carry some big X-Men Legends vibes, and there is drop-in/drop-out online co-op for upward of four players.

Superfuse will offer an “extremely robust” skill tree to customize your character’s power set, and it sounds like you will be able to re-spec your character whenever you want in order to meet the strategic challenge of tough bosses. You will also be able to equip a variety of different weapons, armor, and whatever “boosters” are. The core gameplay will involve a lot of hacking and slashing though.

As the Superfuse announcement trailer reflects, the game will feature full voice acting. The premise of the game is that humanity left a dying Earth centuries ago to live across the solar system, but the wealthy now reign over everything and live like gods with superpowers thanks to technological advancements. However, somewhere along the lines, monsters called “Corruption” emerged, and now the malevolent corporate people have established Enforcers to destroy the Corruption. Frankly, I would be shocked if the game’s “twist” isn’t that the corporations invented the Corruption as a roundabout way of maintaining power. In any case, you are one of the Enforcers, and you will be beating up a lot of people and monsters.

Stay tuned for further updates on Superfuse and its superhero action RPG stylings.