In a messy, frantic newsroom, a newsie sprints across the cheap carpet and blasts through the cheap plywood door of the editor’s office. Small shards of wood litter the ground, and an editor shaped suspiciously like a Taco asks the newsie what he has. “New report from the internet this morning, sir?” The Taco frowns pensively, “You shouldn’t believe everything you read on the internet, kid. That place is full of lies; run it on the website.” 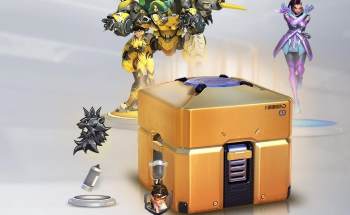 We sat down with CEO Bobby Kotick, while passing interns offered us drinks. After a quick coffee order, we started the interview proper. “We’ve made it possible for gamers to experience that feeling of joy of getting that new weapon or emote and fused it with the act of buying the game itself.”

“For physical copies, we’ve sent retailers an actual box which can contain anything from the actual game you want to buy to a coupon for $5 off Blizzard games. Customers who prefer digital copies won’t be left out, the store will generate a code which again has a range of possibilities. We really want players to get the joy of experiencing surprise every time their open their wallets. Every game is like a surprise party for your wallet.”

“We’re also looking into integrating micro-transactions into the gameplay to a higher degree. For the Call of Duty fan, this might come in the form of buying Specialist Bullets which are regular bullets but with a fancy casing. Or that makes money appear as they fire through the air, which tested very well with sniping enthusiasts in our focus groups. Our camping division also praised the new Teabag Sprays; we have something for everyone here.”

“Gaming is always about showing off what you got, it’s just easier now to spend money on it rather than grinding to get it. This replaces the time factor with a money factor and I’m firmly in the opinion that time is more valuable than money. As long as the act of opening the box is cool, people will spend as much as they can so they can have the most unique loot that money can buy.”