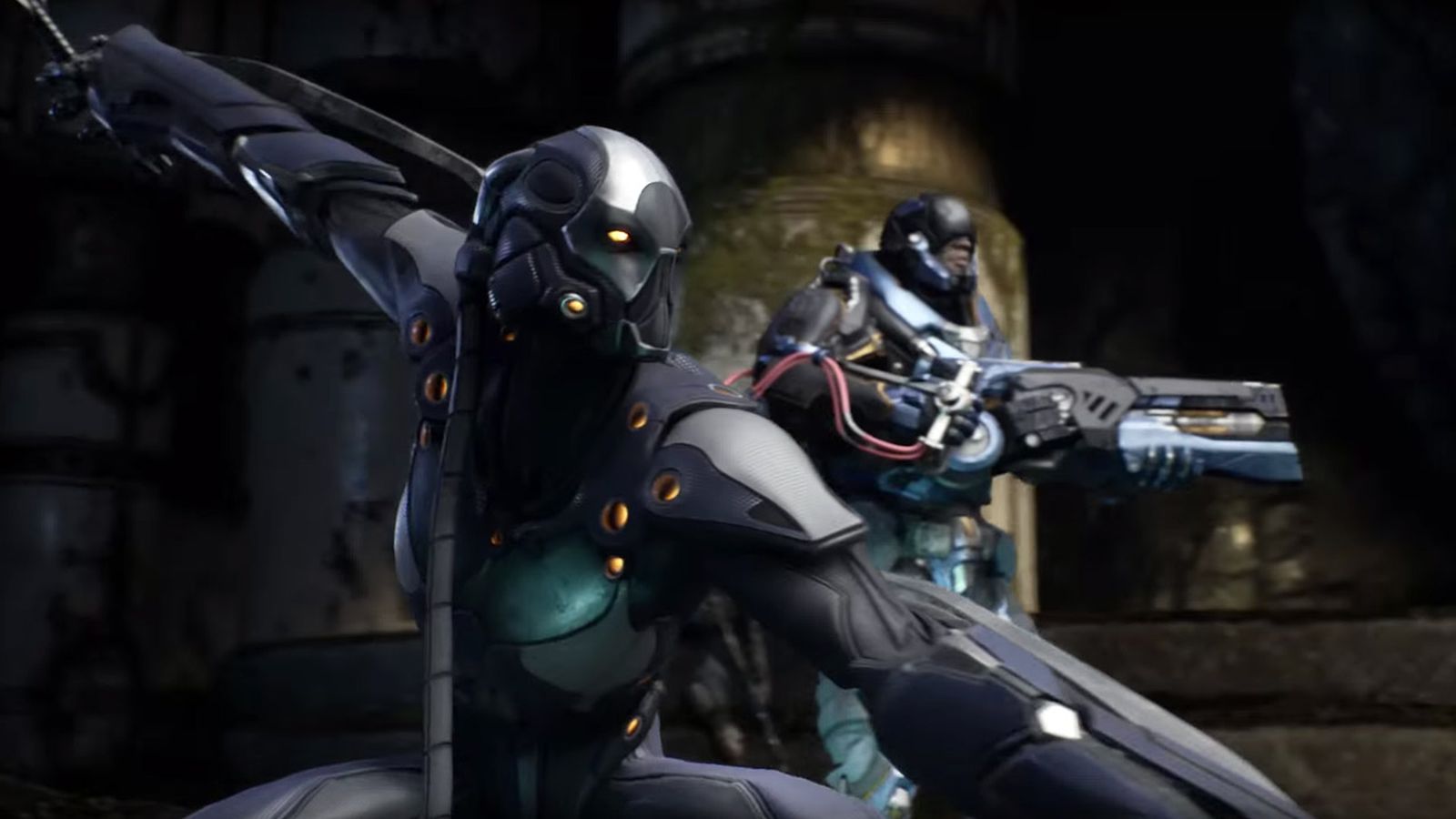 Explore the heroes and battlegrounds of Paragon, the new MOBA from the developers at Epic Games, with two galleries showing off every available character and a closer look at the first multiplayer map; Agora.

Made with Unreal Engine 4, this third-person multiplayer arena battler features a few nods to the frenetic Unreal series. The picturesque battlefields and armored heroes sometimes look like they were plucked directly from that long-running franchise. Not that anyone would get the two series confused after a few minutes with Paragon.

Before getting started, you’re going to have to choose a hero. Maybe we’re shallow, but these books are meant to be judged by their covers. Each character, by look alone, give a good clue toward their playstyle, and whether you’ll enjoy taking them into battle.

Here’s the full roster of heroes as they appear in-game, captured on the PS4.

Ready to make a choice? Here’s the full list of characters, in order of their gallery appearance, along with their class designation.

To get a better idea of the arena, here’s a quick visual overview of the Agora map.

All screenshots captured in the Paragon Early-Access PS4 version. Some content is incomplete.

Agora is a standard three-lane map with defense nodes on each side. Minions spawn from your base in intervals, and destroying a node connected to the base core spawns allied Super Minions.

All matches are 5v5, and the gameplay is surprisingly similar to a top-down MOBA. Powers have long cool-downs and most are targeted area-of-effects. Currently, additional minions are not included, but paths outside the main lanes reveal special pools of water that render the player invisible so long as he or she doesn’t start shooting.

With the jungle aesthetic and ancient technology, this map wouldn’t look out of place in Unreal Tournament 3. Let us know what you think of Paragon, the heroes, and the Agora map in the comments section.