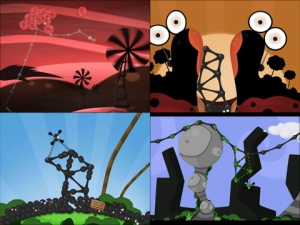 Details of the agreement between Target and EGP Apparel are scarce, but the clothing and independently developed games are being sold as $12 bundles that include a T-shirt and a Windows-only install disc of one of eight unique titles.

An creative initiative that began in 2005 at Carnegie Mellon’s Entertainment Technology Center, the Experimental Gameplay Project has attracted attention for recent titles like World of Goo and IGF favorite Crayon Physics.