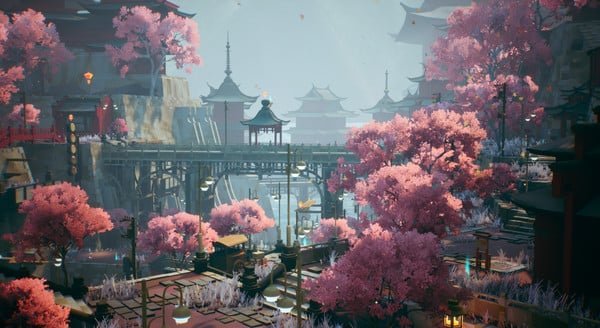 Tasomachi is an exploration-based adventure game set in a vibrant fantasy world, and it’s coming to PC via Steam next year. During the New Game+ Expo, today, developer Orbital Express revealed that Playism will be publishing the game with plans to release on PC sometime in 2021. Check out the new trailer for your latest look at the world of Tasomachi.

Tasomachi is draped in serenity and smooth visuals, making for a captivating setting for players to explore. The New Game+ Expo trailer also offers a brief summary of the game: “Tasomachi is an adventure game in which you can freely explore an Oriental fantasy world. Take on the role of Yukumo as she explores a mysterious city and utilizes various items found along the way to restore power to her grounded airship.”

The game sees Yukumo communicating with different locals, taking in assorted scenery, and embarking on an unforgettable journey through a “mysterious city where the passage of time feels as though it’s slowed to a crawl.”

If you’re looking to feast your eyes on more Tasomachi content, check out the 2019 trailer as well.

The New Game+ Expo served as a means for other announcements as well, such as the reveals of Bloodstained: Curse of the Moon 2 and a western release of Ys IX: Monstrum Nox.

Orbital Express and Playism’s adventure project is planned to launch on Steam next year.