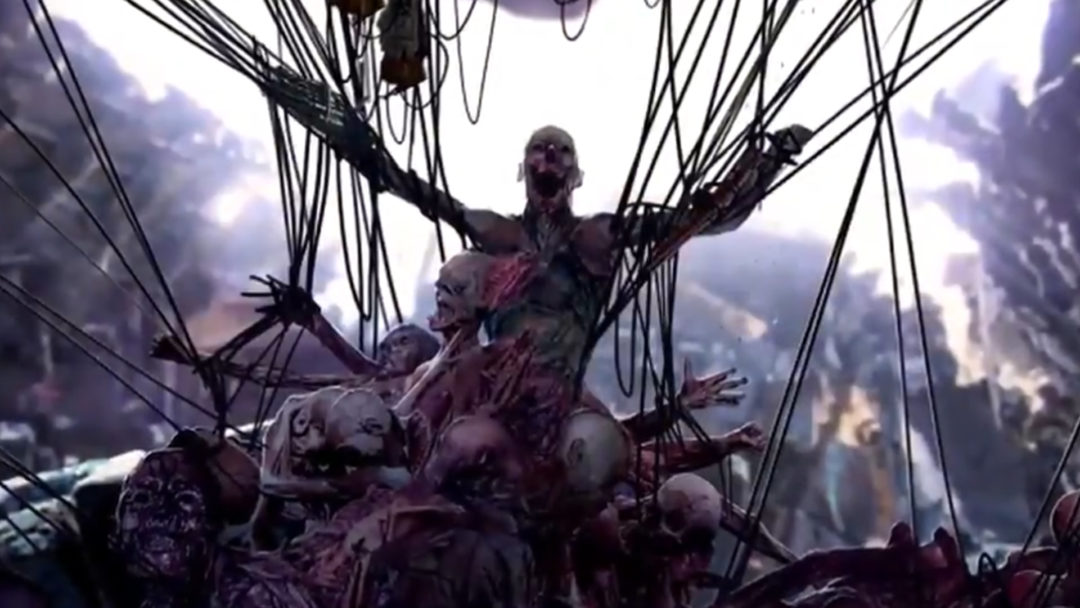 There’s a new The Walking Dead show coming, and a teaser trailer for the untitled zombie series is giving us new insight into what the series will be about. It shows off concept art and a taste of the cast, who were first introduced at SDCC this year.

A new world of #TheWalkingDead is coming this Spring… pic.twitter.com/CQsY6fyCaf

The trailer features cast members Alexa Mansour (Hope), Aliyah Royale (Iris), Nicolas Cantu (Elton), Hal Cumpston (Silas) and Annet Mahendru (Huck) narrating over concept art for the series, which is set to be directed by Jordan Vogt-Roberts (Kong: Skull Island). This spin-off will focus on a set of young people who came of age during the zombie apocalypse, focusing in on how people who grew up with zombies as a de facto part of life are living. The trailer also hints that these characters may be leaving a safe haven of some kind to explore the zombie-infested world on their own. It’s a slant that zombie shows rarely get to take and really could only be handled by a show as long-running and varied as The Walking Dead.

This isn’t the only effort that AMC has going with the franchise. While ratings are down for the original show, the series is still moving along and entering its tenth season. Meanwhile, Fear the Walking Dead is in its fifth season, and after leaving The Walking Dead, Andrew Lincoln is set to return as Rick Grimes for a trilogy of films centered around his character. Despite the comic book this was all adapted from coming to a dramatic and sudden end this year, it looks like AMC will be pushing the franchise for years to come.

The untitled Walking Dead spin-off will be 10 episodes long and land sometime in the spring of 2020.