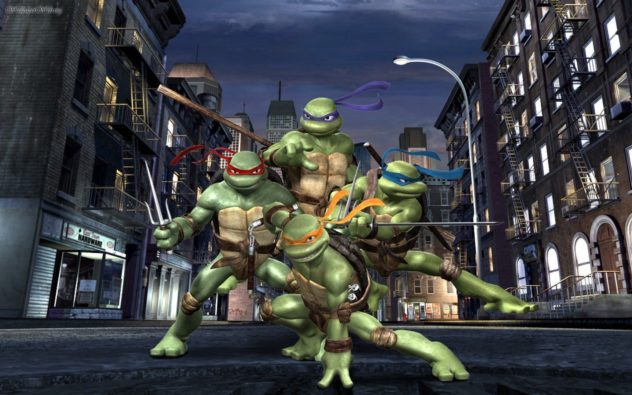 Paramount Pictures and Nickelodeon Animation are launching into a new age of Teenage Mutant Ninja Turtles (TMNT) in 2023 with the announcement of a series of Paramount+ movies focused on the franchise’s infamous cast of villains. Deadline says the plan is to begin releasing the fully CG films sometime next year, but details on the yet-to-be-told stories have not been shared. Though we’re still waiting on official details, it’s probably safe to expect appearances from franchise mainstays like Shredder, Bebop, Rocksteady, and/or Krang.

2023 will usher in a new era of Turtlemania with the theatrical release of a new Teenage Mutant Ninja Turtles movie from Seth Rogen, followed by a series of villain-driven @TMNT films exclusively for #ParamountPlus. Cowabunga! pic.twitter.com/pjjEHzIaz1

Teenage Mutant Ninja Turtles fans have more than just animated movies about villains to look forward to. A theatrical CGI release from Seth Rogen has been on the way since 2020 and promises a movie focused on the mutant superheroes’ “teenage” roots. Rogen says that the hope is to bring that teen element to the forefront without losing all the other things that make the crime fighters a special team.

Comedians Colin and Casey Jost are diving into the sewers of the Teenage Mutant Ninja Turtles universe, too, as an August 2021 announcement revealed their plans to write a live-action film. That project is being produced by Michael Bay, Brad Fuller, Scott Mednick, and Galen Walker, but without any release plans, it will be some time before the film comes to fruition. Be sure to stay tuned for more on that project and the Teenage Mutant Ninja Turtles villain movies into next year.