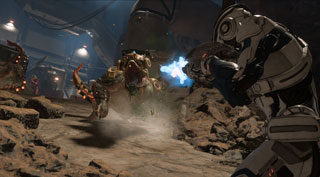 If you haven’t given Mass Effect: Andromeda a try yet, the 10-hour trial is now available to all, including those on PS4.

The 10-hour free trial that was previously only available to EA Access members on PC and Xbox One is back, and it’s now available to everyone, including those folks playing on PS4. If you played the trial previously, diving in again will mean you only get to finish up the remaining balance of your ten hours.

For your 10 hours, you can choose to play single-player or multiplayer. The campaign will let you progress as far as the vault on Eos, but you won’t be able to go inside. It’s basically the entire prologue of the game. Once your 10 hours is up, your progress will carry over to the full game if you decide to purchase it.

Mass Effect: Andromeda has had a troubled life since it launched in March of this year. Rumor has it that the series has been put on indefinite hold, and that the planned single-player DLC has been canceled.

If you’re planning to check it out, don’t forget to check out our updated guide to the game’s romance options.

You can find all the details on the trial over on the official Mass Effect: Andromeda site.

The Just Cause 3 Multiplayer Mod is Launching Next Week