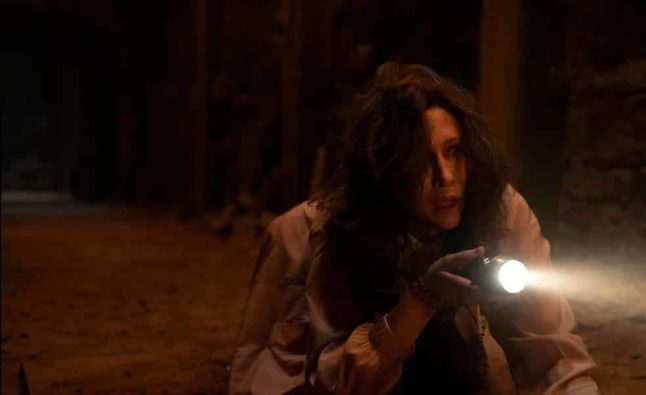 The most unlikely cinematic universe there is is back. The Conjuring kicked off an entire universe of horror films based on the supernatural cases of Ed and Lorraine Warren, but the couple hasn’t shown up in one since The Conjuring 2 as everything else has been spin-offs. Now the OG characters are back in the third Conjuring film, The Conjuring: The Devil Made Me Do It, and we have the first trailer for the film.

The movie follows the pair as they take part in an investigation into a gruesome murder where the murderer claims he was possessed by the devil. Unlike the previous films and as the trailer highlights, The Conjuring: The Devil Made Me Do It seems to be part horror film and part courtroom drama as the story is based on the first time anyone ever attempted to claim possession as a reason for murder in a U.S. court. Clearly, things go a little awry for the Warrens as Loraine seems to be in plenty of danger throughout the trailer from both the paranormal and the disbelieving cops they’re working alongside.

The movie sees Vera Farmiga and Patrick Wilson return to the roles they probably thought they’d only play once in a small horror film and also stars Ruairi O’Connor, Sarah Catherine Hook, and Julian Hilliard. It is directed by Conjuring universe alum Michael Chaves, who also directed The Curse of La Llorona. James Wan and Peter Safran, who originated the series, are producing the film as they continue to shepherd the franchise forward.

The Conjuring: The Devil Made Me Do It will release on June 4, 2021, both theatrically and on HBO Max.