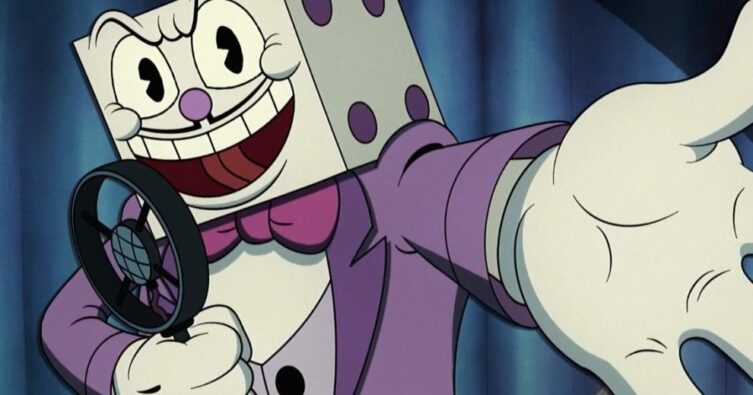 Is Wayne Brady gonna have to break a cup? Today during Netflix’s final day of Geeked Week, the streamer announced that actor and improv legend Wayne Brady will voice King Dice in the upcoming The Cuphead Show cartoon. The actor made the announcement using his most evil King Dice voice and then dropped a clip from the upcoming cartoon, our first look at the show in action.

Some may say his methods are quite shady, because The Cuphead Show!'s King Dice is officially voiced by @WayneBrady. #GeekedWeek pic.twitter.com/tU1gWtgfwC

King Dice is the Devil’s right-hand man in the game and, judging from the clip below, will be up to his old antics in The Cuphead Show as well. The show will follow Cuphead and his sidekick Mugman as they go on crazy adventures and has adapted the game’s old-school animation style. Cosmo Segurson, who co-directed Rocko’s Modern Life: Static Cling, is directing the series and hopefully will bring that same kind of frantic fun to the show. The show obviously takes inspiration from classic cartoons of the ’30s, but from the clip it looks like there will be a bit more to it than what many of those old cartoons featured.

The show will function as a kind of prequel to the game and feature characters from the game and a few made up just for the series. “All the bosses in the game, we’ve tried to integrate into our project,” Segurson said. “Not to give away any spoilers, but figuring out that relationship between Cup and Mugman and the characters that everyone’s familiar within the game, and giving them a voice and giving them a backstory. That’s been a really fun challenge for the team.”

Netflix hasn’t set a release date for The Cuphead Show yet, but it’s expected later this year — now with Wayne Brady.

Netflix made a slew of other geek-friendly announcements during Geeked Week, including an entire convention devoted to The Witcher and revealing the cast for its upcoming live-action Resident Evil show.