Back in the early days of online games, dying was a pretty big deal. Sometimes it was permanent. (Reportedly. I didn’t play online games back then because I was on dial-up, broke, and I hated other people. Two of those problems have since been cured.) Then came Ultima Online. If you died, you had to wander around as a ghost – sometimes for “hours” – looking for someone to revive you while people were free to loot your corpse at will. While not as bad as perma-death, that’s still a pretty extreme penalty. Along came Everquest, where you would only lose one item and some experience points, provided you could reach your corpse. With each generation of games the cost of dying has gotten smaller, so that now in World of Warcraft the penalty for death is a two-minute run, and the penalty for being unable to reach your corpse is being unable to fight for ten minutes.

Along the way, die-hard fans have raged against these more lenient penalties, claiming it would make death cheap and meaningless. And yet online games have become steadily more popular, and nobody looks at the death screen and says, “You know, this would be a lot more fun if the game would destroy two days of progress right now.” Death still isn’t cheap and most players work to avoid it whenever they can. Designers seem to be getting the idea that most people don’t like it when the game they’re playing stops entertaining them.

There are two types of death penalties: natural, and punitive. A natural loss is something that needs to be done in order to get you back into the game. If you die, it’s no good for the game to bring you back to life surrounded by deadly foes where you’ll be cut down again. You need to be removed to some safe location. You’ll have to hike back to the battle from there, which isn’t very fun. But that’s a natural loss. A punitive loss is one that the game adds on as a punishment, like taking away an object or levying a fine of XP or gold. A loading screen is a natural penalty. A lingering death animation is a punitive one. Having your buffs cleared is a natural penalty. Having your stats reduced is a punitive one. Obviously the line can get fuzzy in places, but it’s clear that some aspects of death are unavoidable and some are added on to punish the player for failure. 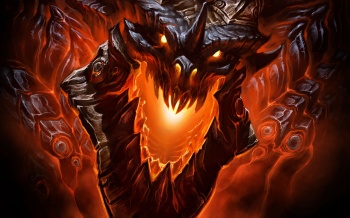 The single-player game Too Human was widely criticized for its lengthy death animation. It was twenty seconds long, which is far shorter than even the relatively gentle penalties of World of Warcraft. So one of the most punishing single-player games is less severe than one of the gentlest online games. Why is this? People making online games have decided that games need to punish players for failure, but I wonder how many of them have stepped back and asked why this is and what the punishment is supposed to accomplish.

We can look at this by taking these ideas to their extremes. A game where death is permanent would only appeal to the hardest of the hardcore masochists. On the other hand, you can imagine a game where there was no death penalty at all. If you fall in battle, you pop right back up at full health with no interruption at all and keep playing. Since this would basically make you invulnerable, I don’t think that would be fun either. There would be no reason to learn to play well, because it wouldn’t be any different or more rewarding than playing ineptly.

So games do need some sort of death penalty, but I don’t think they need very much. Single player games are still fun, even though they never inflict more than a minute or two of entertainment damage on the player. People still work to get good at them and desire to learn to play them well. Death brings about a break in forward progress and flow, and I think that very little additional punishment is needed to make death unpleasant for most people. I know when I play World of Warcraft I strive to avoid it, even when I’m under level ten and death has no penalty. I don’t like failure, and I suspect that’s true of most people that sit down to play a videogame. The desire to learn and the drive to do well provide a great deal of incentive for players to avoid dying, and is probably a far better motivator than grind-inducing XP debt.

Now, if Blizzard wanted to inflict XP debt on people who roleplay badly-spelled romantic encounters in open chat, I would cheerfully support it.

Shamus Young is the guy behind Twenty Sided, DM of the Rings, Stolen Pixels, Shamus Plays, and Drawn to Knowledge. He always spell-checks his romantic encounters.