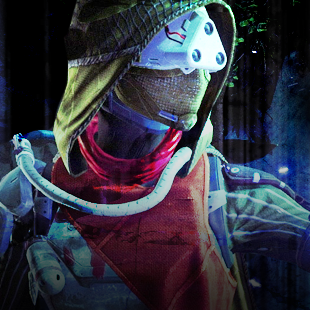 Destiny wasn’t released in a great state. With a small selection of missions taking place all across the solar system and a thin plot that was both uninteresting and hard to follow, it took a while for Destiny to finally come into its own. The game has improved by a lot in the 16 months since its release, but it’s by no means perfect. The release of The Taken King brought Destiny up to a level where it wasn’t merely decent, but actually worthwhile to play.

In the weeks after The Taken King‘s release, players had a lot to look forward to beyond the core content. The game’s developer, Bungie, added new content in the form of long, elaborate quests. In the case of the “Sleeper Simulant,” Destiny‘s fanbase banded together on the popular DestinyTheGame subreddit to discuss the game’s secrets and lore in an effort to decipher how to unlock and acquire an Exotic weapon teased by the developers. Players also discovered a weapon called the “Black Spindle,” which could only be acquired through the completion of a timed challenge hidden within a daily story mission. The addition of Heroic mode to the expansion’s only raid was also well-received by the community. The game had never felt more alive-and to many players, the future of Destiny was brimming with possibility and tons of content to tide us over until the release of Destiny 2.

Within a few weeks, players had exhausted these venues of content. Timed PVP events like the Trials of Osiris and Iron Banner returned to Destiny, but aside from the new rewards, it wasn’t anything players hadn’t already experienced the year before. The studio also launched a couple of minor timed events-a Halloween-themed festival, and a racing mode with two courses. They were insubstantial, and offered little to a community of players hungry for new content. Bungie hasn’t helped matters by remaining silent on its plans for the game’s future.

Despite the studio’s best intentions, Bungie’s lack of transparency wasn’t well received by the community.

With no new content to experience, veteran players are logging onto the servers less and less often, or even not at all-myself included. Though the community has yet to truly give up on the game, there’s nothing to pull players back in. To make things even more dire, Bungie implemented a new Matchmaking protocol for the Crucible PVP mode that matched players up based strictly on their skill level instead of their proximity to each other. While fine in theory-and in an office staffed by Bungie employees of varying levels of game skill-the new search parameters produce only poor, undesirable results in the real world.

Like many console games, Destiny uses a form of peer-to-peer networking to connect players together. The distance and connection quality between players causes latency, and the new matchmaking system prioritizes player skill over anything else. Lopsided matches may be a thing of the past (in theory), but the addition of latency is a poor trade.

The algorithm also has the unfortunate consequence of forcing skilled players to be hypercompetitive in every match. It isn’t quite as simple as matching up players to play on teams filled with other similarly skilled players against opponents of equal caliber. A limited form of the new matchmaking system was suspected to have been in place since October, based on limited research performed by members of the Destiny community. Bungie has since admitted as much, stating that they first tested it out with the Control playlist before implementing it across the board.

According to player research, the system is tilted towards forcing high-skill players to carry their entire team when they solo queue to go up against enemy teams with a similar makeup. If any skilled player assigned to the team underperforms, his or her entire team will likely lose the match. Based on this system, teamwork is no longer the most important factor in winning a match-entire games are decided based on the performance of team’s most skilled players. 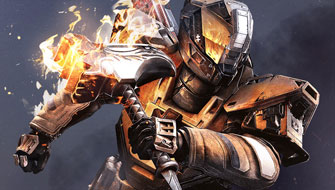 Despite the studio’s best intentions, Bungie’s lack of transparency wasn’t well received by the community. The studio promised to be more communicative about its decisions moving forward. They’ve made somewhat good on it with the most recent update, which they claim reduces some of the latency issues by widening player selection. However, it’s hard to say whether skilled players will still be burdened to carry the rest of their team as before. It’s a step in the right direction, but it may not be enough.

Crucible aside, Bungie has (as previously stated) not revealed anything about what its plans are for future PVE and story content, which were The Taken King‘s biggest draw. Once you complete the King’s Fall raid, there’s really nothing else to experience. If you’re not into the Crucible’s arena battles, Destiny has little more to offer you.

As it stands, Bungie’s treatment of Destiny is only going to drive players towards a competing title like The Division. The studio would do well to step up its game-the players are counting on it.