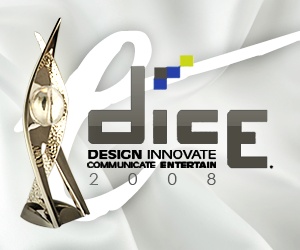 The Academy for Interactive Arts and Sciences (AIAS) was founded in 1996. If you think you’ve heard the name before, you may be half-right. The most famous “academy” in entertainment media is the Academy of Motion Picture Arts and Sciences (AMPAS), the folks who present the Oscars. They do movies. The AIAS does games. And their awards take place each year at the annual DICE Summit.

This year’s DICE promises to be the most eventful yet, with more than 50 games competing for 24 awards, including Overall Game of the Year. The goal, according to AIAS president Joseph Olin, is to recognize outstanding achievement in the industry, single out those games that represent a step forward for interactive entertainment “and bring that knowledge to the public.”

Part of how that AIAS intends to do that involves DICE itself. The four-day Summit, hosted at the exclusive Red Rock Resort in Las Vegas, brings together the best of the best of the games industry, the “top men” of the leading organizations, and a few other folks besides. Like Wednesday’s keynote speaker, film director Gore Verbinski, who, according to Olin, intends to speak about the challenges of narrative and how game makers would do well to pay better attention to theirs.

“Narrative can add to the game making experience,” says Olin, “and broaden it.”

He cites games like BioShock and Call of Duty 4, which are expected to do very well for themselves at the awards program Thursday evening, as key games from 2007 that reestablished the function of narrative. It’s no coincidence they’re also heavily nominated for awards, and it’s a sure bet the 12,000 members who voted for them (or worked on them) will spread the word if they win.

But by the time the DICE Summit comes to a close on Saturday, the real communication effort will be just beginning. Video coverage of the awards ceremony will be downloadable online via Xbox Live, PlayStation Network and, soon, Nintendo’s download service, and GameSpot will be re-broadcasting the video online, allowing their community members to vote for their picks, popularizing not only the idea of voting for videogame achievement, but spreading the word about what the Academy thinks are the best games of the year. The AIAS is also working with game retailer Gamestop to promote award winners, much the same way movie stores

According to Olin. Last year’s award winners showed significant sales boosts after the ceremony, and some of this year’s nominees are already riding the wave. Activision, publisher of Call of Duty 4, up for 12 awards this week, can be expected to make a lot of noise if their game wins any one of those 12. Don’t be surprised to see a new sticker on the box, at the very least. 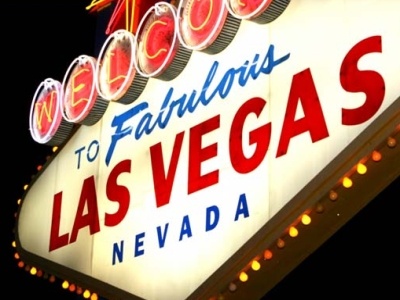 Olin says the challenges the AIAS faces in popularizing videogames, and to a certain extent, the awards, are based in the media itself. Games aren’t celebrity-oriented, like movies. Nobody will be tuning in to the AIAS awards to see what Ken Levine is wearing. “It’s not about the stars,” says Olin, which makes it difficult to generate interest. But this year the Academy has an ace up its sleeve: The videogame industry did over $17 billion dollars in business last year, rivaling movies, music and even television. And Nintendo’s unique new machines are bringing games to an audience that’s never considered them before, an audience ill-served by traditional game media. Whether that audience will be watching the AIAS Awards show isn’t entirely relevant; it’s the Academy’s hope word of the awards will get to them eventually, and their tastes, and purchasing trends, will be influenced.

According to Olin, these kind of outreach efforts get people thinking about games in a different way, and folks who have just bought their first game platform, or are just now being introduced to the medium, will be interested to know what the people who make games think are the best games out there. The ultimate goal, he says, would be to get game developers in all of the places people look for news on what matters. He envisions, only half-jokingly, David Jaffe on Oprah, talking about why games aren’t really as bad for your children as people think.

According to Olin, this year is the best year ever for gaming, although he admits he says that almost every year. And that alone is telling. As the industry ages it advances, and what seemed impossible one year may be old hat the next.

Olin likens the state of the videogame industry to the history of television and film. He envisions a time when games may be as ubiquitous as those media, and users will be able to download a game – or buy it almost anywhere – and play it on any one of a multitude of devices, not just those made by Microsoft, Nintendo and Sony. Just like you can with movies. “It’s not science fiction,” he says. “I don’t see it happening in the short term. [But] it’s gonna come.”

He says the biggest problem with such a unification theory isn’t resistance form the developers themselves, but rather an unwillingness to trust in government to set and enforce a standard, like they do with the television formats. That may change, but considering the current state of government – game maker détente, it’s not likely to happen soon. 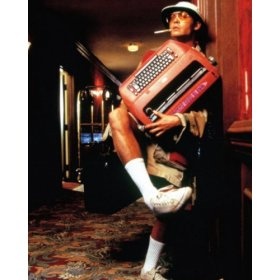 Whether or not history will agree that 2007 was the best year for gaming, it certainly seems that way, and unlike other media, games are a growing business. DICE may have a long way to go before it reaches the level of the Oscars, but Olin and the Academy are confident they’re headed in the right direction.

Expect the talks and panels hosted by the Academy at DICE to cover all of these aspects of the growing game industry and more. The red carpet has been rolled out and the developers will be there in force. As will The Escapist. We may skip the celebrity golf tournament (very few golfers in the Humidor), but we’ll be providing detailed coverage of the event all week, and if Call of Duty 4 does win those 12 awards, we’ll be there to tell you about it before you see the sticker on the box.