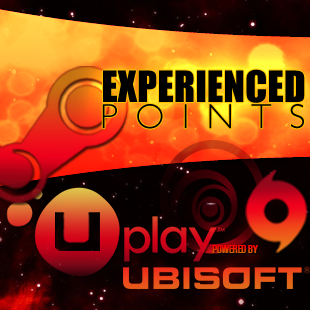 I’ve said before that I don’t think boxed copies of games are going away anytime soon. Certainly not while there are Baby Boomers to buy them for their Millennial grandchildren and not while there are Christmas trees to put gifts under. Digital copies of games might be the best in terms of price and convenience, but price and convenience aren’t always the top concern. (Personally, I really miss the days of browsing store shelves for something new, but the PC shelf at GameStop is now the size of a magazine rack and the console shelves mostly have AAA titles I already know about. There’s no “browsing” to be done.)

But it’s clear that the future of the market is digital. This is particularly true on the PC where the days of “pop in a disk to begin playing the game” has been over for ages. In an ideal world, lots of companies would have launched digital distribution platforms and they would be fighting over market share. But in this world, Steam launched half a decade before their first serious contender, and Steam’s rivals are still fumbling with the basics. It’s not that I want all the headaches that come with platform wars. (Exclusives, lock-ins, juggling multiple accounts. Just ask anyone who owns more than one console how fun it is.) It’s that Steam is scary big, that size gives them a lot of power, and I’d rest easier if I knew Steam was afraid to piss off their customers because their customers had lots of alternatives.

But there’s a new contender on the field. Good Old Games has launched a Steam-like client called “Galaxy” for purchasing and downloading games. Three years ago, I looked at our digital purchasing options and talked about the state of the market. Let’s do that again now that we have some fresh blood.

Steam has the most users, so the most developers want to put their games there. Since so many developers release on Steam, price competition is fierce. And since Steam has the biggest selection and best prices, most people want to use it. And since most people use it, the platform becomes even more valuable since even if you don’t care about digital games, you probably want to play on the platform where your friends are. This positive feedback loop of success creating more success is called the network effect, and it is ruinously difficult to overcome. If you want to break into a market like this, you can’t just come out with a comparable product. You need something way better.

Gamers Gate (not affiliated with the culture-war hashtag) is an interesting contender. They’re not big or powerful, but they do offer something that the other entries don’t, which is access to your library without needing to use a client. That’s a plus for some and a downside for others, but it’s something that sets the platform apart. If you don’t like having Steam (or Origin) sitting in your system tray, sucking up resources, enforcing logins and region locks, and generally making a pest of itself, then it’s worth looking into Gamers Gate.

This used to be called Impulse and was run by Stardock, of Galactic Civilizations fame. Then they sold it to GameStop, and I have no idea what GameStop is doing with it these days. They dropped completely off my radar (read: They stopped sending me press releases and review copies of games, and they stopped showing up in the news) so I have no idea what the service is up to these days and no motivation to find out.

Rating: Have you seen me?

Last year there was a rumor that Games For Windows LIVE was going to shut down. Then Microsoft denied it. But there haven’t been any new games to use the service in years and now we’re like cancer survivors, each year going in for our checkup and hoping the cancer hasn’t re-appeared.

It wasn’t just the worst marketplace / games platform I’ve ever used, it was some of the very worst software I’ve ever used. It was a plague, and good riddance.

Origin has made some good strides since their awkward and uninspiring launch three years ago. Their library is small and EA is still trying to keep prices high in the face of overbearing competition, but other than that it’s a fine platform. The problem is that being “about the same thing as Steam, but with higher prices” isn’t remotely good enough to actually grow their market share.

EA could make something of Origin, but it would require a major shift in management thinking and I don’t think the leadership has it in them. EA can keep the platform alive by making big-name titles (Mass Effect, Battlefield, etc.) into Origin exclusives. That will oblige players to install the damn thing to play their games, but it won’t grow the platform. It won’t make the platform more attractive for outside developers or indies. It won’t make the service more valuable over time.

Rating: Not as pointless as it used to be.

I only list Uplay here for the sake of completeness. It’s basically the sequel to Games For Windows LIVE. It’s got all the same hallmarks of GFWL: Useless friends list and achievements that offer inferior versions of features already offered through Steam. It’s an extra layer of login and DRM on top of Steam. The interface is atrocious and nagging, the website is convoluted, and everyone hates it.

Ubisoft has always loved their overbearing DRM, and Uplay is just their latest attempt to sugar-coat that stuff. Except “sugar” would imply that people like it. Uplay is more like a very bitter coating, which is covering a poisonous coating of DRM, which is covering a video game people would enjoy so much more without those outer layers. I’ve come to associate the Uplay logo with, “You should probably get this one on a console.”

Rating: A joke with no punchline.

Here is how Galaxy describes itself:

“Truly gamer friendly, DRM-free online gaming platform. GOG GALAXY is a fully optional client to install, play and update your games. It also offers online multiplayer, achievements, chat, game-time tracking and more – but it’s up to you which features you want to use.” (Emphasis mine.)

This is the first real contender to Steam in years. It’s the only platform offering a principled anti-DRM stance. It’s the only one with an optional client, which means you can use it like Steam (have it manage your downloads) or use GoG.com like Gamers Gate and manage your downloads manually. Since the client is optional, there shouldn’t be any risk of getting locked out of your games because you’ve lost internet connection. And they have access to hundreds of exclusives. Okay, those exclusives are mostly decades-old games, but that’s still something.

To be honest, I have no idea how Galaxy is going to perform. It’s only just gone into beta and it’s too soon to judge how the client will turn out. But this is the first platform that I’d rate above Steam. If Shoot Guy VI: Shoot Harder comes out on both Steam and Galaxy, I’d rather get it through Galaxy, and that’s never been the case for any of these other platforms.

This will be a really interesting test of public preference. Is there really a large contingent of PC gamers that hate DRM and are hungry for an alternative? Or are we DRM-complainers just a loud minority? We’re about to find out.