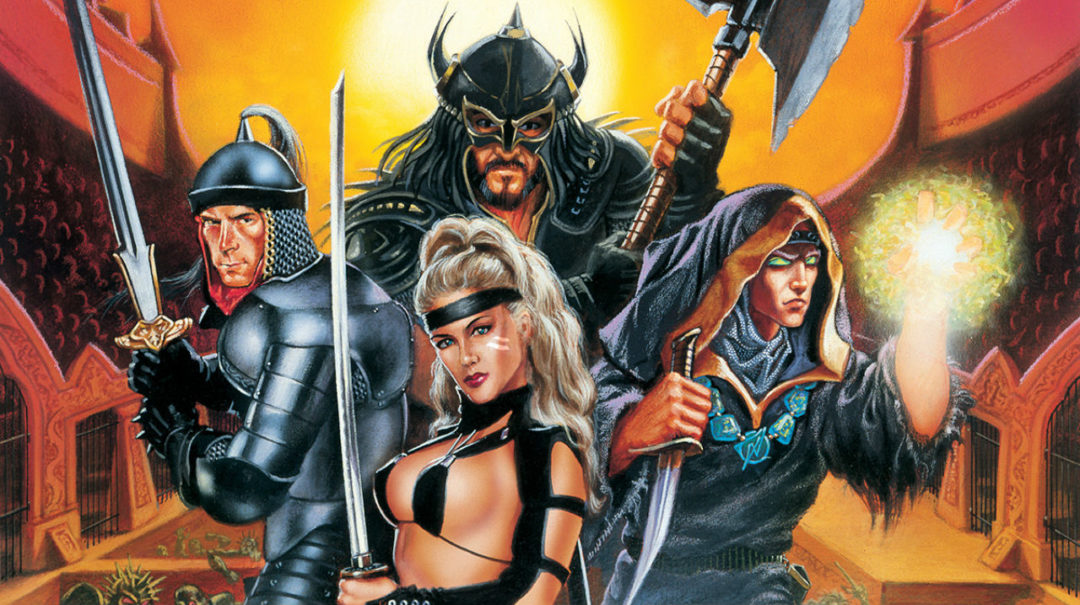 The calendar doesn’t lie. It’s been 25 years since the first Elder Scrolls game which we titled Arena was released. The full title was The Elder Scrolls, Chapter 1: Arena actually, which suggests we anticipated that it would be a series, but that was wishful thinking more than anything. Remember, this was in an era where you didn’t download your game from Steam, you bought it at a brick and mortar game store, and if it wasn’t on the shelves in time for Black Friday and the holidays, you would only get a fraction of the sales you needed. We simply moved on to the next project, not thinking there’d be a sequel let alone a series.

I had been hired on at Bethesda only about a year and a half before, with zero experience in making games, and by the time Arena came out, it was the third game I had released. We had very short development times and very small teams. There are 17 people listed in the credits for Arena, but most of us were part-time, splitting our 80-hour-a-week work hours between two or three other projects during the same period. In a way, that helped soften the blow. In later years, I worked on some big budget, big team projects and when they crash and burn, which they sometimes do, it’s not as easy to dust yourself off and move on to the next project.

When I first joined Bethesda, Arena was on the backburner while we developed a 3D engine for it. Nowadays, we could build on an engine like Unreal or Unity, but if you wanted working technology back then you had to build it yourself. For months Arena languished, more an idea than an actual game, but the concept was that you played as a gladiator in a fantasy empire called Tamriel where teams competed in coliseums for fame and fortune. Thus the name Arena.

The storyline, such as it was, was that you were motivated to work your way up to the ultimate arena in the Imperial City because you wanted to assassinate the Imperial Battlemage, Jagar Tharn, and that was the only way to get to him. We put a little more meat on this plot skeleton; only you knew that Tharn was impersonating the true Emperor. The game was also intended to be multiplayer at this point. Teams of four would join up to battle in the arenas, but early on, the technology to connect your game to others had to be dropped. For a while, we considered adopting the concept of Sir-Tech’s Wizardry games where you played a party of characters to hold onto the idea of battling in arenas as a group instead of a single hero, but that proved to be cumbersome.

While the design and tech were still being constructed, I began diving into creating what we called “side quests.” Even though most of the gameplay was meant to be taking place in the arenas, the idea was that you could earn extra gold and experience by doing missions for the various royals in the provinces of the Empire of Tamriel. They were randomly created, following basic formulas. Go to (this dungeon) and kill (this monster) for (this amount of) gold. Escort (this person) to (this location) for (this amount of) gold. Find (this item) in (this dungeon) for (this amount of) gold. I churned out text to give these quests a little flavor, which sometimes had specific antagonists who would try to stop you. They were fellow gladiators you’d also face off againstin the arenas, and they had evocative names like the Blades, the Dark Brotherhood, the Thieves Guild, the Mages Guild, and the Underking. There was no particular backstory to any of them, just a suggestion of what kind of encounters you might expect when you faced them.

In playtesting, we found that arena combat wasn’t popular, but people seemed to love the side quests. In yet another design pivot, we decided to make the game all about these missions, and change the story so the arenas weren’t arenas anymore, but legendary dungeons hidden throughout the Empire. Jagar Tharn’s dead assistant Ria Silmane would come to you as a spirit and reveal their locations, one by one, and you would go there to find a particular item, a piece of something you needed to collect to defeat the big bad. It was a plot device I had used in one of my earlier games at Bethesda, Terminator: Rampage, where you collected pieces of a weapon which when put together would let you defeat the boss in the final level, Skynet’s Metanode. Given a little more time, we might’ve come up with something more original, but we were past the brainstorming point. We needed to squeeze our creation into whatever would work.

That was basically the game we released, and though initial sales were weak, the early ‘90s were a time where word of mouth could rescue a game from being a flop, to being a cult hit, to selling enough units to justify a sequel. In a few months, we were able to start on the design for The Elder Scrolls II: Daggerfall.

The reviews for Arena were pretty good, but as a writer, it definitely pained me that the lackluster, cliched plot and game world was called out. I made it my mission to create the most complicated story I could wrap my head around, subverting expectations wherever possible. I wanted to give the player tons of choices, from character creation to which side of the conflict you wanted to champion. Demons were now called Daedra, and while scary, not universally evil. The Underking, a boogeyman referenced in Arena, was given a sympathetic back story, and every other faction you fought in the first game became a group you could join. Yes, it all hinged on a MacGuffin, a hoary old literary device you can find in everything from the Maltese Falcon to Pulp Fiction, but with the competing groups not being so black and white, the player was given some real meaningful choices about how to play the story.

I left Bethesda just as we finished up on Daggerfall. Looking back, I was definitely given plenty of license to create a world and story, and being young and new to the industry, I didn’t realize how rare that was. These days, games are often sequels or based on existing intellectual properties, and there are enormous restraints on what you can do with someone else’s “baby.” Over the years, I’ve made games based on everything from James Bond to the Transformers, from Star Wars to the Pirates of the Caribbean, but it’s a rare thing to be allowed to develop your own original world, characters, and story.

For that matter, the Elder Scrolls is someone else’s baby now. I did a little freelance work on Morrowind and Oblivion, and the stories and characters I created still lived on in Skyrim and The Elder Scrolls Online. The writers and designers at Bethesda now have taken what we created at the start and run with them.

It’s interesting to see the resurgence of interest in these 25 year old games with their dated graphics and text-driven stories. I’ve watched with awe as fans have recreated and updated them as a labor of love, such as the Unity Daggerfall project. From time to time, I’ve been approached by developers and investors interested in my help in capturing some of that lightning in a bottle, and making another game series with the same sort of sprawling world and complex storylines. Some days I think I’m not as young and dumb as I used to be and I should avoid that rabbit hole, and other days, I think, yeah, I could get into that.

It can be intimidating to start off with a blank slate and create a universe, but it’s also fun as hell.