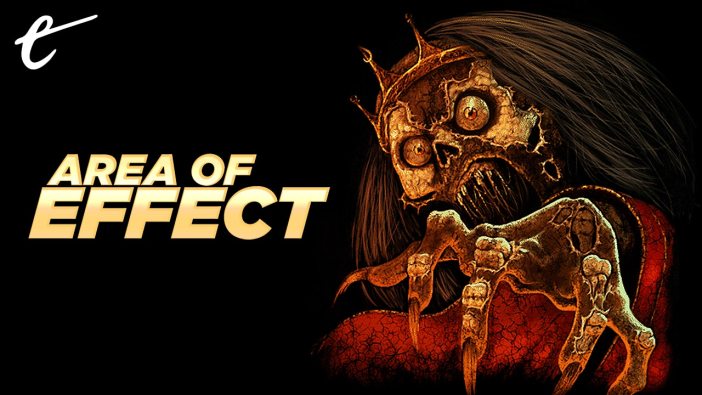 The Elder Scrolls II: Daggerfall, a major accomplishment by most standards, proved several things. Firstly, it proved that The Elder Scrolls: Arena wasn’t a fluke and that Bethesda had the chops to deliver a challenging but engaging open-world RPG. Secondly, it proved you didn’t need some vast world-ending threat for a story to be gripping. The Elder Scrolls V: Skyrim has its dragons, but Daggerfall’s tale was more politically charged, ultimately revolving around an invention that could alter the balance of power.

Finally, and most importantly, Daggerfall proved that bigger isn’t always better, particularly when procedural generation is involved, and it’s this lesson that Bethesda needs to bear in mind when crafting The Elder Scrolls VI.

If you’ve played any of Ubisoft’s recent open-world titles, you might think you know what I’m talking about – vast worlds filled with busywork and not an awful lot else. But Daggerfall really was something else, sporting over 15,000 locations and over 4,000 dungeons.

Skyrim, by contrast, has around 200 dungeons, and even a few of those look a little samey. What Bethesda did with Daggerfall was procedurally generate the bulk of the world’s map – not in-game, but back at Bethesda HQ. They then made that Daggerfall’s default, so that everyone got the same massive map.

But hang on… How do you procedurally generate dungeons? Well, you chunk your dungeons into specific room types and then let the computer mix and match those locations. Naturally, the program used to create them would have rules to ensure the dungeons “worked,” and hey presto – thousands of non-story dungeons.

And for a while, that worked. I remember being astounded, and a little intimidated, by how massive the game was. I used to just roam, encountering small town after small town and dungeon after dungeon. It wasn’t just the locations that were procedurally generated, either; the game’s sidequests were generated on the fly. Certainly, there was no shortage of dungeons to use as destinations. 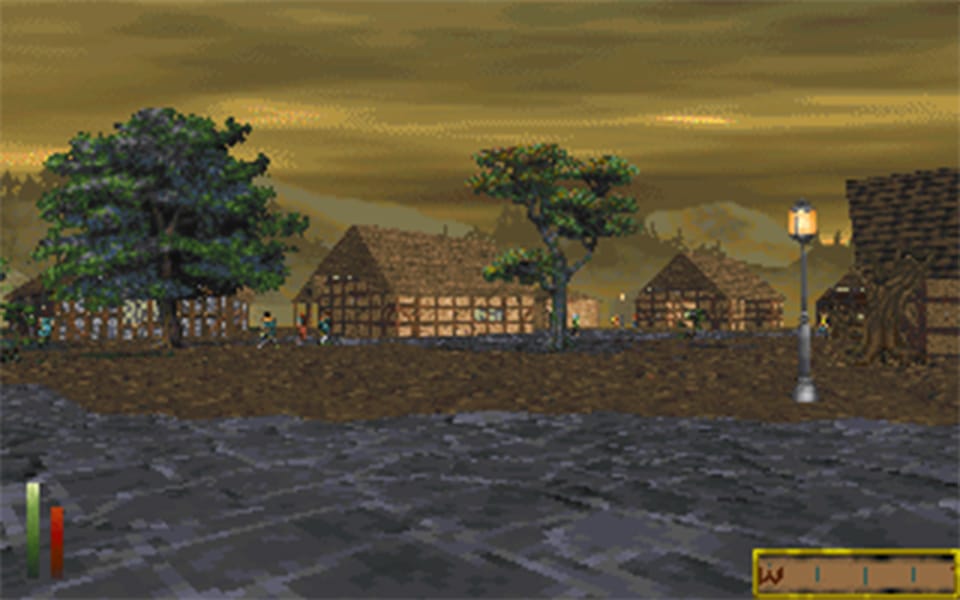 However, the more you played Daggerfall, the more you started to notice how uninteresting the world was. The titular city was a joy to explore, but the “unique locations,” while technically unique, bore a striking resemblance to each other.

Think some of Skyrim’s dungeons look familiar? Daggerfall’s procedurally generated dungeons were worse, and thanks to issues with the way the chunks of dungeon slotted together, there was a real risk of falling into an endless abyss.

And then there were the sidequests that, when you encountered them the second or third time around, started to lose their appeal. I remember grinning when a group of vampire hunters foolishly trusted me to courier a vampire-slaying artifact. I slaughtered the blood-sucking badass the local vampire clan sent after me, and after finding a note amongst their remains, I decided instead to hand the item over to the vampires.

The coven leader rewarded me with the tantalizing promise that our paths would cross again, which I took as kicking off a whole vampire questline. However, a few hours later, I was offered the same quest and was greeted by a different vampire clan leader. On another occasion, I was given a cursed ring that, in turn, brought the wrath of a mummy down upon me. The fourth time this happened, I wondered just how unlucky one person could be.

Was this enough to make me uninstall Daggerfall and fling the CD out of the window? No, and it’s a testament to the game’s strengths that I was willing to overlook some of this tedium. I’d never really engaged with the Ultima series, partly because I thought the Avatar was as dull as ditchwater. But being able to create my own character and see through their eyes, with way more choice than in The Elder Scrolls: Arena, was a big draw. 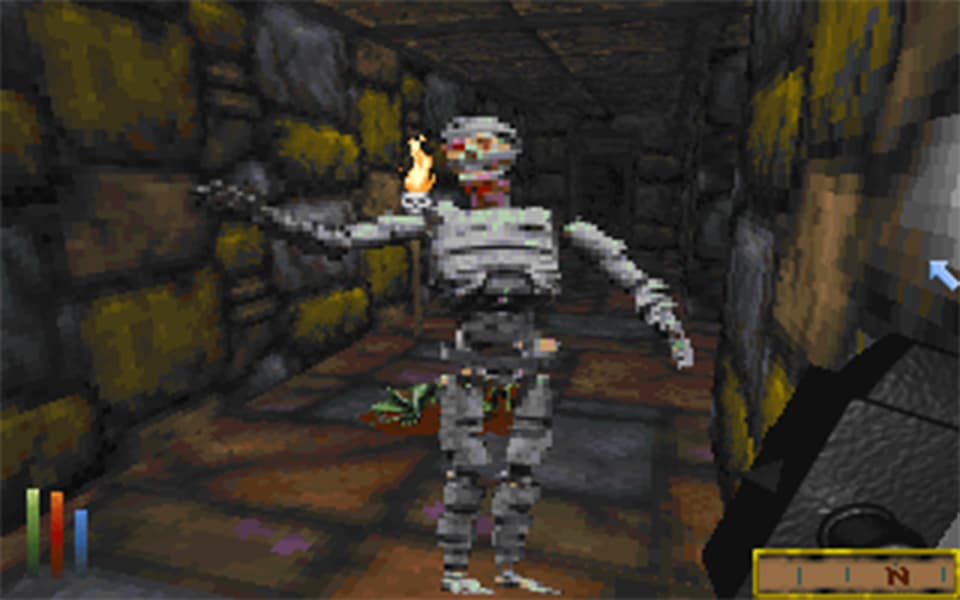 Then there was the story, which started off a “simple” ghostbusting mission but turned into something quite different. Even now I can remember walking Daggerfall’s streets, confident I was going to see justice done, then fleeing the moment I caught a glimpse of a specter.

And while monsters were, apparently, tied to your level in some small way, I quickly discovered that anything and everything could murder you in the blink of an eye. It was easy to get out of your depth, sometimes literally; I still get chills thinking about the things that lurked in each dungeon’s sub-aquatic areas. But none of those things were tied, in any way, to Daggerfall’s sheer size.

So what does this have to do with The Elder Scrolls VI? Surely Bethesda has learned its lesson, that procedural location and quest generation isn’t magic and moved on? Not exactly. As Bethesda director Todd Howard explained during Brighton Digital 2020, “We went away from it for a while and then we’ve been coming back to it over time.”

Skyrim and Fallout 4 do have repetitive “Radiant Quests” that are doled out infinitely, on top of the more carefully crafted sidequests, which Howard terms “everlasting.” Everlasting maybe, but it doesn’t make those quests interesting.

One alternative could be to draw a line underneath the ending and give the player the option to replay specific quests as many times as they wanted. Another could be to allow players to craft their own quests in-game, not unlike Hitman’s contracts, which other players could download. They could tag an item in a castle and challenge would-be thieves to steal it without alerting the guards, or whatever conditions the creator imposed. 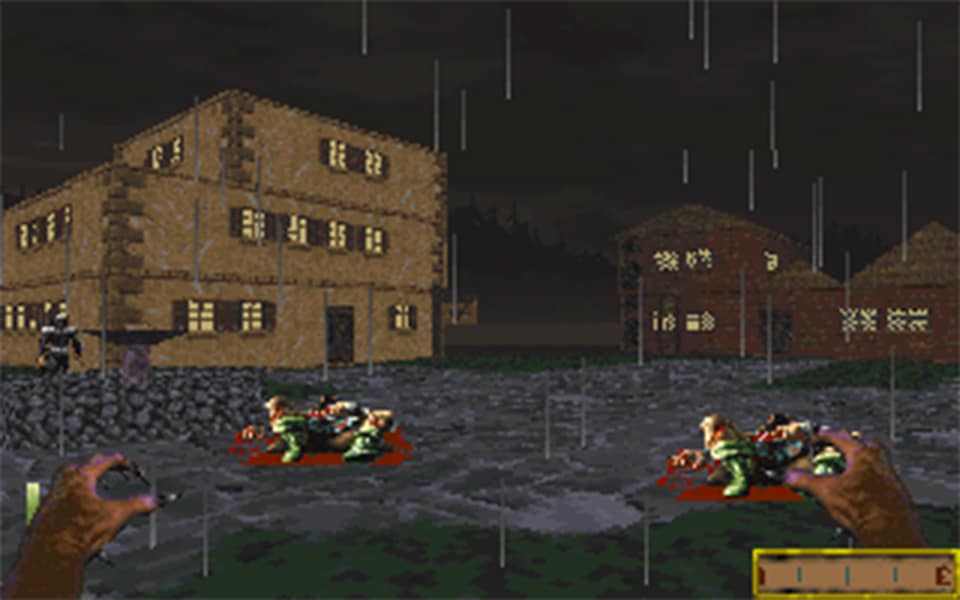 I’ve grown up with The Elder Scrolls, and diving back into Daggerfall did give me the opportunity to appreciate all those things it got right: the story, the character customization, the custom spell system, and so much more. I just didn’t need a play area larger than Great Britain.

Although, while that assuages my worries somewhat, it’s still tough to forget about Daggerfall’s vast but not particularly interesting map. Nonetheless, Howard was involved in the creation of the original Daggerfall and, more so than some designers, has shown a willingness to confront the company’s mistakes. Hopefully his influence will be enough to stop The Elder Scrolls VI from becoming Daggerfall 2.0.

Ultimately, there are three important lessons to learn from The Elder Scrolls II: Daggerfall: Procedural generation should be used in moderation, sometimes less is more, and if a stranger offers you a musty ring, you should slap it right out of their hand.