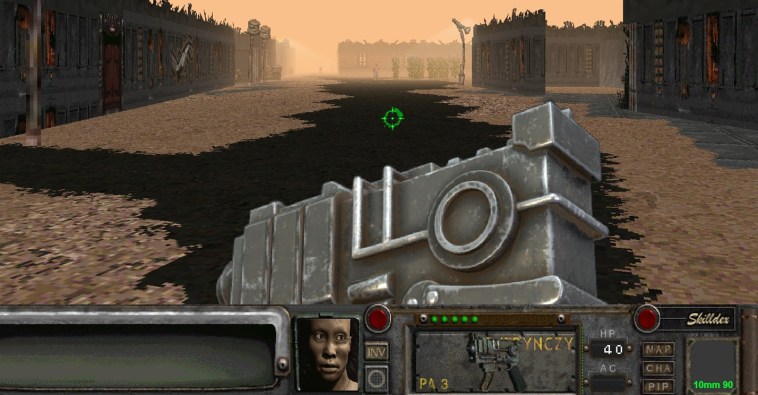 As a child, I read about a cone snail that was so venomous you’d be dead before you’d even felt its sting. I’ve since learned that was an exaggeration, but the first-person fan remake of Fallout 2, currently in early alpha, has taken me right back to that nightmare scenario. It also made me very, very thankful for the original’s turn-based combat.

The ongoing work of developer Jonasz Osmenda, this remake sees you roaming round a handful of post-apocalyptic locations in glorious 3D. Well, I found it glorious, but your own experience will vary based upon how much nostalgia you have for the original.

It mirrors the FPSes of the era, with boxy, one-story levels and blocky enemies yanked straight from the game’s 2D iteration. Roaming Klamath, one of Fallout 2’s small, post-apocalyptic towns, I was struck by the accuracy. Then I was struck by a stream of bullets that shredded my hapless protagonist’s brain matter. Again, and again, and again.

The original’s enemies didn’t scale with you, so it was entirely possible to stumble into a situation where you were doomed to die. And thanks to the turn-based combat system, you had time to dwell on your imminent fate. You could sip coffee as your tribal protagonist and their three power armor-clad foes just stood there, frozen in time. 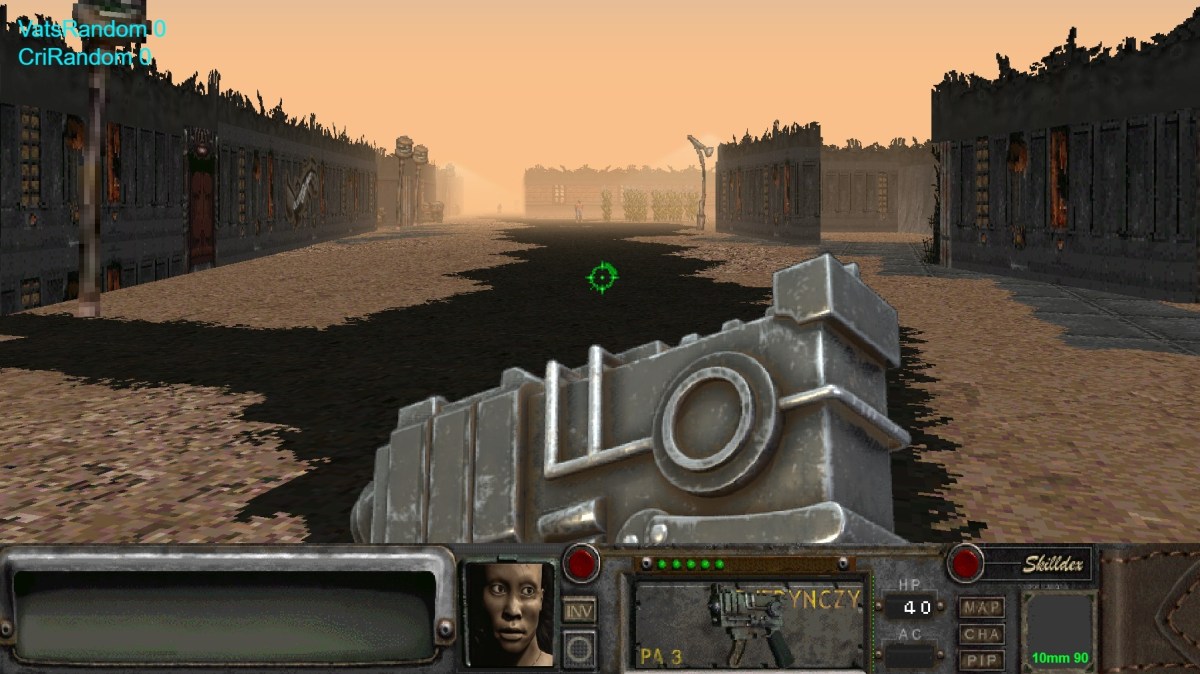 Not so in this Fallout 2 remake. I was gunned down by the same gun-toting menace, dead before the game could tell me how much damage I’d taken. Deciding I was out of my league, I decided to take a trip into the desert, where I met a pack of radscorpions.

I gunned a couple down, but panic quickly set in, thanks in part to the game’s low but era-accurate draw distance. In short, I died, a lot — and I absolutely loved it. Why? Because more so than Fallout 3, or even the original Fallout 2, this fan remake conveyed the near total hopelessness of survival.

Sure, you might think that, whether it’s a zombie apocalypse or other catastrophe, you’ll be one of the survivors. No, chances are you’ll be a random, inanimate skeleton, and not even one of the good environmental-storytelling ones, either. That’s the reality this Fallout 2 remake’s turn-free world depicts.

But what if you don’t subsist entirely on misery? Is it still worth playing? Yes, but don’t expect much of great substance. As of right now, it’s a proof of concept, albeit a promising one. Sneaking’s in there, which sort of works, as is character creation, and you can enter buildings. But there are no quests, no character interaction, nothing much to do apart from wander around messing with the wealth of included weapons. I did, however, manage to solve my bad guy problem with the liberal application of a rocket launcher, which was satisfying.

Osmenda is regularly updating the game and has just added a save/load system, albeit a little too late to save my frequently ventilated hide. Who knows? A few years down the line, or sooner if Bethesda would throw some of that Microsoft money at him, we might get a fully 3D Fallout 2. Let’s face it — it’d probably arrive sooner than Fallout 5.

But most of all, it’s a fascinating glimpse of what might have been, had Fallout’s original developer, Black Isle Studios, taken a different tack with Fallout 2. They did try making a 3D Fallout 3, the now legendary Van Buren, but it was not to be.

If you do feel like experiencing Fallout 2 from a different perspective, you can download this free fan remake from itch.io. Just watch out for that guy in the leather jacket.