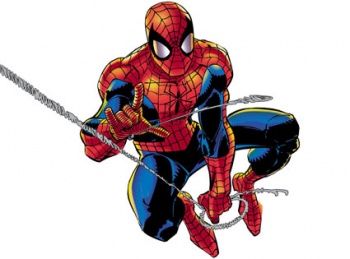 Specifically, I love superhero stories that turn the typical tropes on their heads. I’m not a longtime reader of X-Men or Superman or any of the other Marvel/DC comics. (I did read the entire run of The Amazing Spider-Man when J. Michael Strazynski wrote it, and talk about turning tropes on their heads – course, then it was all retconned, so it NEVER HAPPENED.)

But I digress. The stories I adore: Astro City. Top 10. Powers. Paul Cornell’s very funny Knight and Squire, a British take on Batman and Robin. I love what Frank Miller did to Batman and what Alan Moore did to heroes in general with Watchmen. I’ve answered the “flight or invisibility?” question a million times in my head. I’ve watched Internet flame wars about costumes (dang if those costumes aren’t the spine of the superhero nervous system!) I’ve studied the very meta It’s a Bird, by Steven T. Seagle. I loved the first season of Heroes and mourned how bad it got. I tried to love No Ordinary Family, but it just didn’t hold together. The Cape? Well. Come on. I do have taste.

I’ve been thinking about why some stories work and others don’t. Hero stories are obviously mirrors to our existence, taking a downtrodden geeky kid and making him powerful, letting an orphan know he’s a super kid from another world, giving a wealthy playboy a free pass on obsessive vigilantism. I know more scholarly writers have gone into the details of various heroes, but at the most basic level, hero stories are wish fulfillment. We are unable to fight our bosses, punch our traffic jams, or fly up and rescue our plunging 401(k), so it’s nice to imagine a world where things boil down to an overwhelming force is battled by another overwhelming force.

The first one is the most outrageous, so naturally that’s the easiest to believe. It’s like how people will swallow that Superman can fly, is nigh invulnerable, etc, but they will howl with rage if a character’s gun is a Glock and she switches a manual safety. We can believe something totally unthinkable, but a Glock with a manual safety? YOU FOOL!

I was thinking about the latter two, however, and their role in the hero story bag of tricks. The mild-mannered alter-ego encountering very human problems that their powers can’t fix – usually having to do with a pretty woman – is relatable and makes us like the hero more; hey, I can’t fly, but at least Spider-Man is as crappy with his love interest as I am with mine!”

But what if I did have powers? I wondered what it would be like to try to go through everyday public life like a powered person in her public persona. Take good old Harvey Dent. (I know that Two-Face doesn’t have a public persona, him being all half melty and stuff, but work with me here.) Consider going through your day with such crippling OCD that you flip a coin for every major decision; not whether or not to kill Batman, but the more mundane stuff. Sure, the coin worked last night when you chose not to throw Robin off a building, but then the sun rises, you have to go to work. The coin flip might work for breakfast choice and route to work, but it’s not going to go much further.

“Tails. I’m allergic to peanuts, but the coin says I have to join you at the Thai Palace for lunch. Just let me flip for my epi-pin… Tails. I can’t bring my adrenaline shot with me. This is going to be a fun afternoon!”

In regards to heroes and their secret identities, it seems that Clark Kent and Peter Parker have it easy; working for newspapers, they get to leave the office whenever there’s a news story going on. But what if they had gone into other work? Parker’s pretty smart, what if he had become a surgeon?

“Spidey sense tingling! Too bad I have to leave this brain surgery patient here to die while I run off and save the bus full of nuns.” 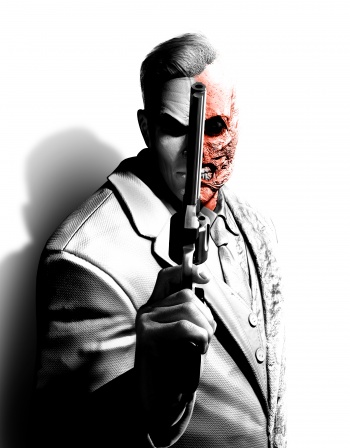 The other side of the whole “questioning the superheroic world” coin is what if you DO have amazing powers, but the world pretty much stays the same? What if you’re not in a major metropolitan area? I mean, Durham, NC has a downtown, but I think the most terrible thing that happens there is the local popsicle place failed to open up for summer. (Seriously, it was a big deal. There was almost a riot of one.)

Sure, there’s petty theft and drugs, like any city, but we have no Lex Luthor that I’m aware of. We don’t really need a superhero. Obviously, for there to be a superhero, there has to be a supervillain. Either someone cursed with weird powers or disfigured or so smart he or she goes mad. If there’s one without the other, the world will be largely lopsided.

If there’s a hero without a villain, then a lot of kittens get down from trees and gang violence goes away. (Actually, that gang violence elimination thing would be pretty cool.) We’d have some protection from natural disasters, I guess, if the hero can change the weather or earthquakes, and we’d clear out petty crime, and then what? There’s not a lot of other vigilante work to do. Superheroes almost always steer clear of international conflicts (except for a few who specifically are soldiers) so helping the army is likely out. Unless they get a job as security detail, they would get fat and bored. They’d become one of those old people in nursing homes talking about the glory days, only they’d be doing it at age 35.

“Dammit, I JUST filled in for that broken trellis bridge! Is the city going to fix it? What are my tax dollars for, anyway?”

The city, too, could get complacent, sure that the hero would save the day. I believe the Powerpuff Girls covered this plotline.

On the other hand, if there’s a villain without a hero, then society devolves into a world best suited to the villain’s demeanor. If it were the Joker, we’d all die in chaotic violence. If it were Lex Luthor, I assume we’d have an ambitious society that encouraged competition, with a totalitarian dictator who never leaves office and who constantly looks for someone to have a pissing contest with. Very likely to end in intergalactic war.

Of course, we’ve seen parodies of total villain domination, where the bad guy wins, gets masses of wealth and power, and feels unfulfilled because the true fun was in the battle, not the winning. (See Megamind for an amusing take on this thread.) I think that kind of plot does more to justify the need for villains for the audience, saying that too much power on one side is either dangerous or boring. (Also this is why you should never kill the Joker. Or Darth Maul.)

These days we must have more suspension of disbelief than ever to fully enjoy superhero stories. Perhaps we’re done with our current suspension of disbelief and we need something new. We’re in the post-grit world, where we’ve already read about heroes who aren’t squeaky clean and may even have drugs, alcohol, or other personal issues. Including Batman, who wasn’t always OCD and batshit (Hah. Batshit. Ahem.) crazy, is now considered dangerous to both enemies and allies.

I’m wondering what we should add to this hero bag of tricks. Powers, alter egos, need for balance, those are all necessary, but now I think we need more in order to keep the genre alive. DC has rebooted everything. Webcomics are raising thousands (or even over a million) dollars to fund their own storytelling. Parodies are now considered legitimate tropes for storytelling. My favorite comics aren’t even the superhero books (I’ll talk Locke and Key, Chew, and Unwritten some other time.) Not putting superheroes to bed entirely, but a different take on heroes. I think Knight and Squire was onto something, and wish Astro City would return.

Till then, I will re-read my comics, go back to dreaming of my town having its own superhero, choose flight over invisibility again, and keep my eyes peeled for any emerging super villain.