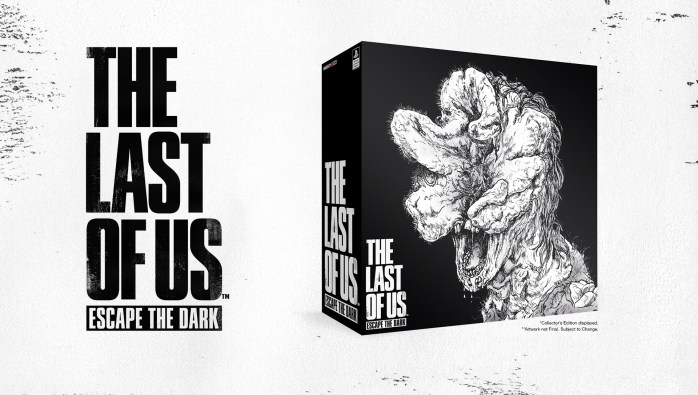 Game developer Naughty Dog and tabletop game creator Themeborne have announced The Last of Us: Escape the Dark, a tabletop game that translates the universe of The Last of Us into a board game using mechanics from Themeborne’s Escape the Dark games. They will be bringing the game to Kickstarter for funding on November 8. It’s strange that somebody like Sony can’t just toss a few dollars their way to fund the whole thing, but the Kickstarter is likely a form of marketing in itself.

Fuller gameplay details, in addition to info on an exclusive collector’s edition, will be shared when the The Last of Us: Escape the Dark Kickstarter goes live next week. In the interim, Naughty Dog and Themeborne have shared a couple images, and Naughty Dog also offered the following explanation:

As tabletop gaming fans may already know, Themeborne’s Escape the Dark series values cooperative and easy-to-understand gameplay. Themeborne’s games include some seriously beautiful black-and-white illustrated chapter cards that players work to resolve together, overcoming challenges and creating new paths each time they play so no two games are quite alike. 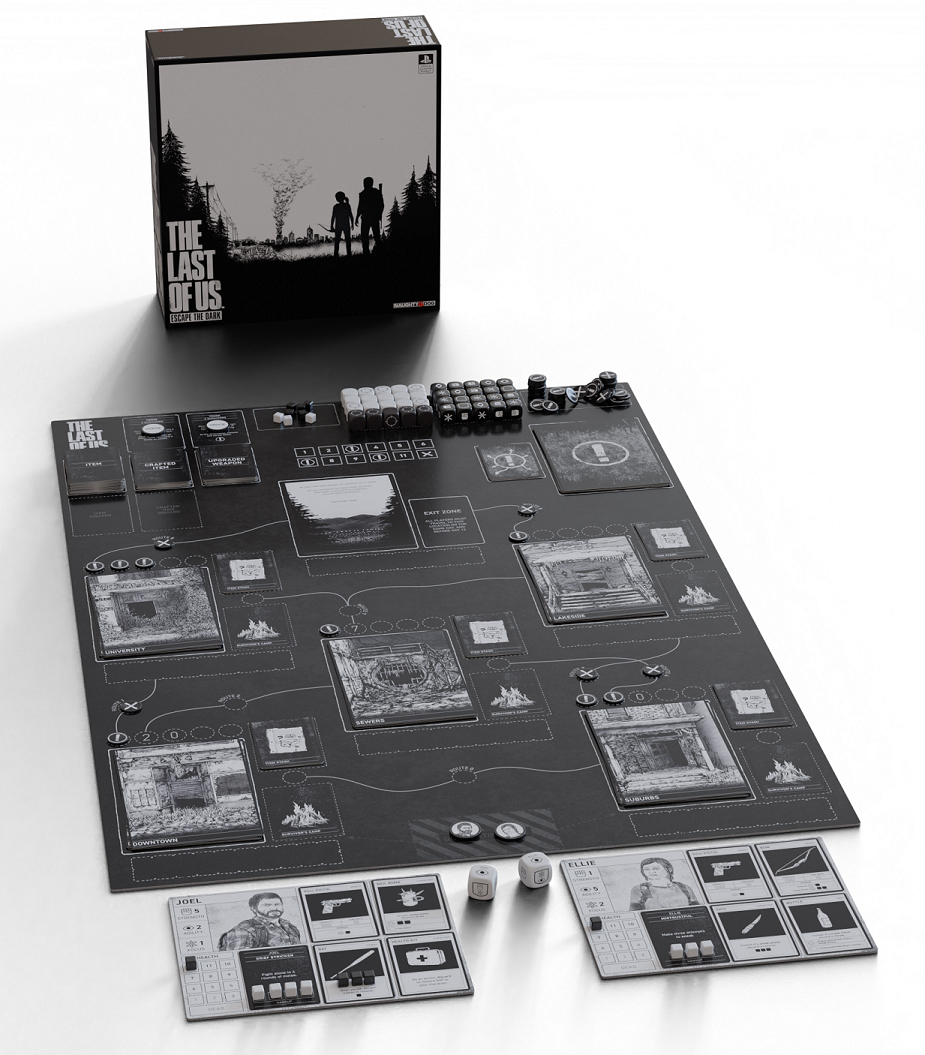 At its website, Themeborne further elaborated that the game will be for 1-5 players, with Ellie, Joel, Tess, Bill, Tommy, and Marlene playable. There will be an “open-world map” that you are trying to survive together, and you will make choices about where to travel, including to familiar game locations like the “Suburbs, Sewers, and University.” Interestingly, each character begins the game with a “Hang-up” that players will try to resolve during the game, which will then unlock the “full potential” of the character. Crafting and weapon upgrading will also be involved, so, gosh, this does sound like a pretty faithful translation of The Last of Us to tabletop.

Stay tuned to the The Last of Us: Escape the Dark Kickstarter on November 8.