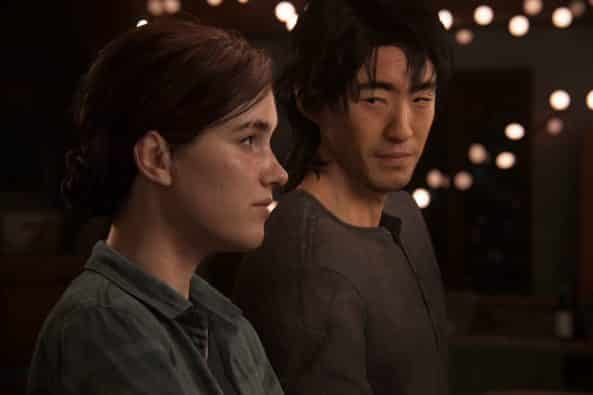 Naughty Dog has released a brand new story trailer for its highly anticipated PlayStation 4 exclusive, The Last of Us Part II. The footage is being captured on a PlayStation 4 Pro and starts off with some gorgeous environments with characters riding on horseback. Some familiar faces are present as well, including Joel, the main playable protagonist in the first game, and his brother, Tommy.

The middle of the trailer shows incredibly tense moments from the game, such as Ellie having a knife pointed at her throat, sewing up her wounds, and coming across a corpse riddled with arrows. A new seemingly friendly NPC makes an appearance too, an Asian man who looks to offer Ellie advice during cutscenes.

Towards the end of the trailer, we see Ellie perform some gruesome takedown attacks on her enemies. We can also expect to see some set piece moments as well, with the trailer showing Ellie in the back of a car shooting at another vehicle chasing her. Even darker moments in the story are hinted too, as the trailer closes with Ellie sobbing with more blood than usual covering her face.

The Last of Us Part II was “delayed indefinitely” last month but is now confirmed to release on June 19. The game went gold earlier this week.