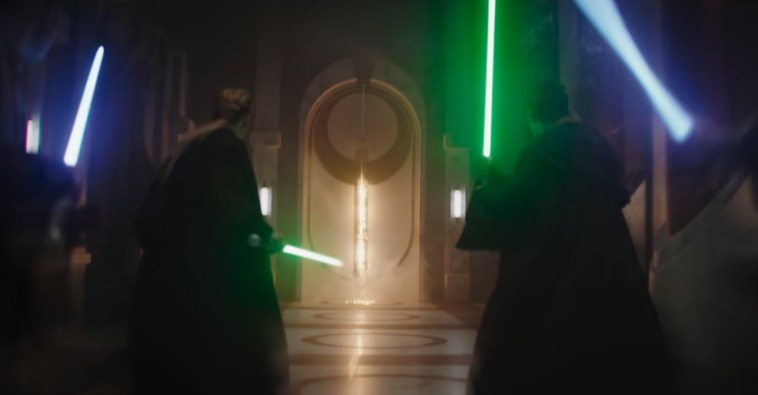 With the much-anticipated return of The Mandalorian beginning on March 1, Disney has released the new, official trailer for season 3. While it doesn’t give away much, the trailer does hint that Pedro Pascal’s Din Djarin will have another winding path on his latest quest.

Having reunited with Grogu in The Book of Boba Fett, the new season sees Djarin heading to Mandalore to beg forgiveness for removing his helmet. Of course, nothing is ever that straightforward. At various points, we see Djarin giving a rousing speech to a group of fellow Mandalorians, a group of Jedi preparing for battle in a corridor, and the franchise’s trademark dogfighting. We also hear an ominous warning about an unnamed danger rumbling in the background.

Besides the Mandalorian and Grogu, season 3 will also see the return of Giancarlo Esposito as big bad Moff Gideon, Omid Abtahi as Dr. Pershing, and friendlier faces like Carl Weathers as Greef Karga and Amy Sedaris as Peli Motto. What’s less clear is whether we’ll also have characters like Boba Fett and Ahsoka Tano making an appearance, as The Mandalorian has been the jumping-off point for series based on both of them. There’s also the question of whether it will have ties to the upcoming Skeleton Crew, which is set in the same time period.

Originally planned to release next month, this third season suffered a slight delay near the end of last year. Like previous seasons, this one will run for eight episodes, with Jon Favreau taking point on the writing. Unsurprisingly, it will be available exclusively through Disney+. Check out the official trailer for The Mandalorian season 3 below.