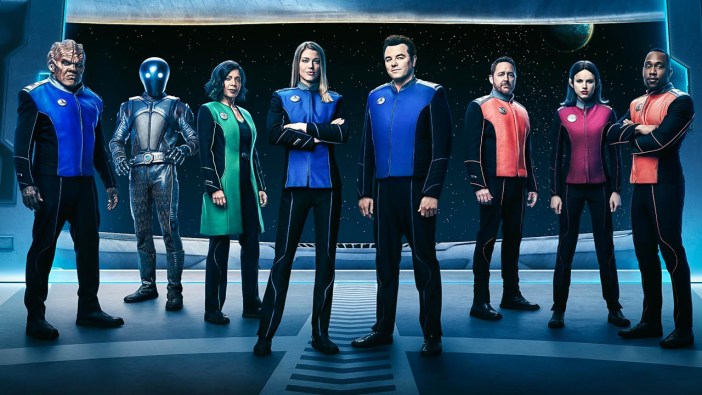 It’s been a long wait for fans of the best Star Trek show running, but The Orville is finally set to return for season 3 at Hulu with a firm release date. Hulu has announced that the show, now called The Orville: New Horizons, will premiere on March 10, 2022 with weekly releases following.

For fans of episodic, moralistic, spaceship-based science fiction, The Orville was a bastion as Star Trek veered drastically in different directions. While the first season leaned heavily into humor, a bit to its own detriment, the legs were there for a science fiction series that brought the same humanity, themes, and character to the screen that Trek once did. The second season grabbed a hold of the first’s success, dialed back the humor, and launched some of the best serialized sci-fi running. And now, if this almost entirely comedy-free season 3 teaser is any indication, The Orville: New Horizons will be moving basically full throttle into making Star Trek.

The show was originally on Fox, but when Disney bought the company it moved it over to Hulu, which Seth MacFarlane, the show’s star and creator, said was a good thing. Then a series of events led to production being delayed drastically, so we’ve had to wait more than three years for The Orville to return and nab this season 3 release date. Now that it has, it looks like we’ll be getting much of the same with Hulu simply saying that the crew of the U.S.S. Orville is “continuing their mission of exploration, as they navigate both the mysteries of the universe and the complexities of their own interpersonal relationships.”

MacFarlane and producer John Cassar will direct the entire season. All of the main cast are returning for this season, including MacFarlane, Adrianne Palicki, Penny Johnson Jerald, Scott Grimes, Peter Macon, J. Lee, Mark Jackson, Chad L. Coleman, Jessica Szohr, and Anne Winters. Sadly, it isn’t clear if recently deceased Norm Macdonald will return as alien blob Yaphit. While the show had finished filming before his death, post-production had not wrapped, and as a voice-over actor that’s where most of his work would be done.