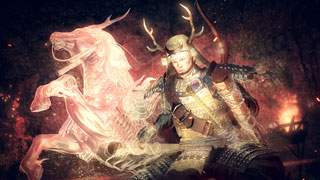 Two weeks from tomorrow, you’ll be able to check out the second DLC for Nioh.

Team Ninja has announced the release for the second Nioh DLC. Titled Defiant Honor, the DLC will take players to Osaka Castle. The description says that the DLC features “legendary warrior Sanada Yukimura, serving Tokugawa Ieyasu’s archenemy Toyotomi clan, who values honor above all else. As tensions brew between the Tokugawa and Toyotomi clans, Sanada Yukimura prepares his men for imminent conflict against the Tokugawa’s forces by building a stronghold called the Sanada Maru on the outskirts of the Osaka Castle. With the castle fortified, Tokugawa’s forces were faced with a difficult and bloody challenge.”

Also included in the DLC is a new weapon, the Tonfa, new armor, new magic items, guardian spirits, and brand new Yokai and enemies. The DLC will also bring new difficulty levels and trophies, new stages and sub-missions, and more.

If you’re interested in checking it out, Defiant Honor will be available on the PlayStation Store on July 25, and will run you $9.99. If you own the Nioh season pass, this DLC is included and won’t cost you a dime.