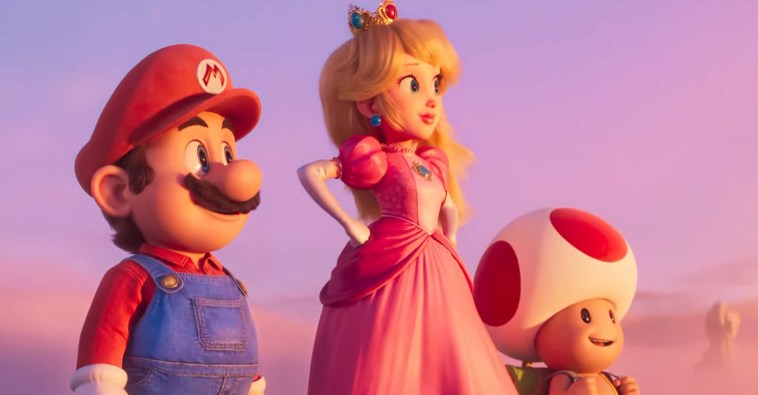 At a special Nintendo Direct today, Nintendo and Illumination revealed a new, second trailer for The Super Mario Bros Movie, showcasing lots of awesome new things like Princess Peach, Donkey Kong, freakin’ Mario Kart, Rainbow Road, a lot of Yoshis, and seemingly Mario and Luigi’s home of Manhattan. Anya Taylor-Joy and Seth Rogen also appeared in the Nintendo Direct to introduce themselves directly for their roles as Princess Peach and Donkey Kong directly. Miyamoto noted that they took the opportunity to give Donkey Kong a new 3D model for the first time since Donkey Kong Country for this movie.

Watch the new trailer for yourself and soak it all in. Mario gets beat up by Donkey Kong in hilarious fashion. Luigi is apparently captured by Bowser. Peach attempts to raise a force of (“adorable”) Toads to repel the invasion of Bowser. One might argue that the trailer actually reveals too much, a common problem for movie trailers these days, but there’s no denying that this is looking like an earnest Mario adventure.

This new, second trailer for The Super Mario Bros Movie serves as an excellent complement to the first trailer. That trailer introduced the imposing threat of Bowser, teased the Mushroom Kingdom, and gave us our first, somewhat controversial chance to hear Chris Pratt as Mario. (It also gave us a few seconds of Charlie Day Luigi running for his life from skeletons. Classic.) While people were mixed in their opinions of Pratt after the first trailer, perhaps people’s opinions will begin to shift today.

The Super Mario Bros Movie arrives in theaters on April 7, 2023 in North America and April 28 in Japan, but until then, let us know what you think of the second trailer.