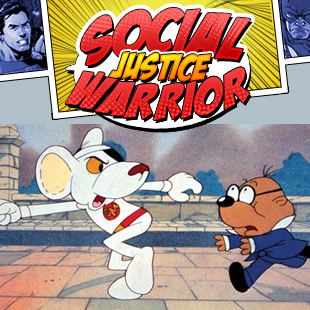 If Danger Mouse can do it, anyone can. Here are a few classics that would rule if the genders were reversed.

To be honest, when it was announced earlier this week that the upcoming Danger Mouse reboot/relaunch would involve the gender-swapping of certain (still unannounced) characters, I expected some kind of backlash. Obviously, I have a somewhat cynical disposition, but that disposition has been encouraged by a series of rather embarrassing spectacles over the last few years surrounding differing interpretations of classic characters. The recent, unmistakably racist reaction to the casting of Michael B. Jordan as Johnny Storm in the upcoming Fantastic Four reboot is just one example.

But geekdom made me proud, everyone. Instead of gnashing of teeth and rending of garments, the overwhelming response has been fun conversations wondering which characters will be getting the gender-swap treatment. (Personally, I like the idea of Colonel K. being reimagined as a Judi Dench-as-M type.) That sounds like progress to me!

And it got me thinking. Increasingly, geeks of all stripes are welcoming to the idea that our media ought to at least somewhat reflect the culture we actually live in. Which is why we’re seeing positive responses to the new Ms. Marvel, why there is a genuinely annoyed response whenever it looks like Warner Bros. doesn’t seem to recognize how awesome a Wonder Woman movie would be, and, yes, why the reaction to the Danger Mouse news has been fun instead of infuriating.

While it would obviously be preferable for a greater reflection of our culture to include the creation of new characters and franchises, we live in a reboot/relaunch/remake world. Hell, DC resets its entire continuity about once every 10 years. So if these reboots are going to keep happening – and they will – let’s have some fun with it. Here are three classic comic characters that would be perfect fits for gender-swapping. 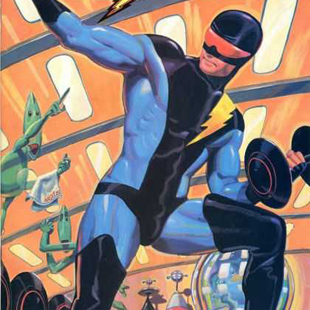 Mike Baron and Steve Rude’s mashup of space opera and superhero should be required reading for anyone considering themselves a comics fan. Set in the 27th century, it concerns the adventures of Horatio Hellpop, a human given fantastic powers by an alien consciousness called The Merk. As it turns out, in exchange for his new powers, Horatio must become a “Nexus”, an embodiment of justice who is required to assassinate a certain number of human mass murderers every year. When the time comes, Horatio is afflicted with crippling migraine headaches and horrible nightmares in which he experiences his next target’s crimes from the POV of their victims. He must then travel to wherever the dreams command him to kill the target.

Simultaneously managing to mercilessly satirize both communist tyranny (this series did start in the 80s) and capitalism run amok, the series is a ridiculous, Hitchhiker’s Guide-level riff on space opera tropes that often feels like a cross between Buck Rogers, George Orwell, and The Punisher. The series lives and dies (mostly lives) through its beautifully weird cast of supporting characters, including a sleazy stand-up comic called Clonezone the Hilariator, a member of an humanoid/apelike race who works as a “freelance adjudicator” – someone who, like Nexus, kills bad guys – calling himself “Judah Maccabee”, and various corrupt and inept government stooges of all political stripes.

But while much of the series is devoted to exploring the origins of Horatio’s powers and the trauma they put him through, he is also, for the most part, a cypher. The Nexus is, after all, a job Horatio was forced into, somewhat like getting drafted into the Green Lantern Corps. The series continuity establishes early-on that The Merk can easily select any human it deems worthy (and in fact, it’s noted that among the alien races in the Nexus universe, humans are uniquely suited to the job of being a Nexus). And that means it can be a legacy character, making it a great fit for a woman to assume the role without having to reboot the entire universe to do it. 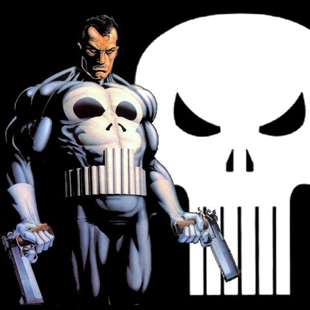 My favorite portrayal of Wonder Woman is in DC’s New Frontier miniseries, in which she disappears after being sent by the US President to ‘Indochina’ (Implied to be Vietnam) during the 1950s. Superman eventually finds her, where he discovers to his shock that after she helped a village of women defend themselves against what amounts to a guerilla rape-gang, she also allowed them to exact bloody revenge on their attackers. It’s a perfect inversion of what we usually think of as the “natural” way women behave.

In popular culture, vengeance and punitive justice are concepts that are generally treated as inherently male. Yes, of course there are a great many female superheroes, but with rare exceptions, like New Frontier‘s version of Wonder Woman, female superheroes tend to be softer, more reasonable, never really scary. Those heroes who, like Batman, Nexus, Judge Dredd and so forth, exist (at least in part) as personifications of justice, punishment, and avenging-of-victims, are always men*. Nowhere is this more true than with The Punisher, a character who is not only the anthropomorphic embodiment of capital justice, but also of male power-and-revenge fantasies.

He is, after all, inspired to wage his one-man war on crime after his wife and children are brutally murdered by mobsters. It’s a classic NOW IT IS PERSONAL story beat, one we’ve seen in countless movies, books, tv shows and, yes, many other comics. But while I would never discount the trauma and horror experienced by those who have lost their families to horrific crimes, what about giving some time to female power revenge fantasies? There are, in fact, a range of horrors, including sexual assault, robbery, and violent attack, from which women make up the vast majority of victims. Many women survive these crimes and, theoretically, live on to be more than simply inspiration for their male friends and family to kick ass. Which is to say, the actual victims of horrific crimes would have equal motivation, if not more so, to be obsessed with payback.

But reinventing The Punisher as woman would not only provide new layers to explore, particularly if such a series took into account the disproportionate rate at which women are the victims of crime. It would also – if films like I Spit On Your Grave are any indication, at least – make the justice she exacts even more terrifying and cathartic than the series, at its best, has managed.

* I realize that there are female Judges in the Dredd universe, but I am speaking of the character himself. 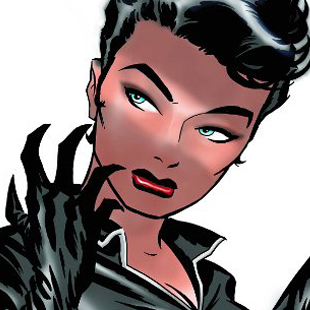 Ok, Ok, I can hear what you’re saying. The character is called Catwoman. Fine, yes, I get that, and dealing with that name will be a problem for anyone attempting to gender-swap her. But hear me out.

For some reason, we as a culture see cats as inherently female. Hell, we even have sexual slang inspired by that bias. This might be because cats are lithe, agile, slinky, and frankly, always look like they’re in their coolest and most stylish clothing, and we see ideas like “sexiness,” “stylishness,” and “playfulness” as concepts that can only properly be portrayed via women. Certainly, it’s absolutely true that when men are depicted as sexy, stylish and playful, it’s generally played for laughs.

Further, those qualities when applied to male characters are most often used to make them seem unmanly, and gives the audience visual clues that they’re not to be trusted. (The homophobic overtones of this cannot be ignored. See The Joker in The Dark Knight Returns, or hell, see like all of Western civilization until about 10 minutes ago.) Obviously, Catwoman is a villain, which makes her by default untrustworthy. But her sex appeal, stylishness and playful demeanor are, as often as not, used not to compound her villainy but to increase her moral ambiguity. She is therefore complex enough that her constant teetering on the edge between bad guy and good guy seems credible.

Imagine, however, if she were a man. Flirtatious, with form fitting clothing that emphasizes secondary sex characteristics, lithe, morally ambiguous, and working as a dashing burglar. Admit it, just contemplating this is making you somewhat uncomfortable, isn’t it?

And why is this? Because you almost never see a portrayal of such a character who isn’t either a joke, or an evil gay man. But it doesn’t have to be that way. Now, I admit this suggestion is somewhat social-sciencey. I am as interested in the experiment of trying to portray a traditionally female character as male, simply to force people to think outside of our default sexual paradigms, as I am in the idea that a male Catwoman would make an interesting character in his own right. But rest assured, he would.

Think the gentleman thief, reimagined with an animal motif, morally ambiguous and constantly flirting with the hero. Obviously, not Batman in this instance. But such a figure could at least have an uneasy frenemies relationship with the Caped Crusdader, while flirting shameless with other characters on both sides of the law/crime divide. Plus, it would not only give readers (and lazy writers like myself) plenty to discuss, it would also vastly expand the opportunities for blatant sex appeal for more than just dude comic readers. Hell, base the characterization on John Barrowman’s Jack Harkness and you’re there.

And if the result is that it helped a lot of us pull the stick out of our asses just a bit, that’d be a bonus.