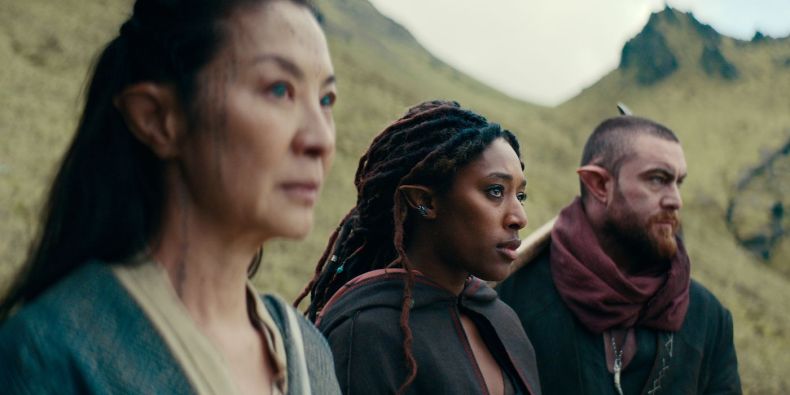 Ready to toss a coin to the first Witcher? Netflix has dropped the first teaser trailer for the upcoming The Witcher prequel, The Witcher: Blood Origin. The new series will take place 1,200 years before the current show, which just kicked off its second season.

As you can tell from all the pointy ears in the trailer, the show takes place in the world of elves before the “Conjunction of Spheres” occurred and brought together the worlds of men, monsters, and elves. While the plot specifics aren’t known, we do know that Blood Origin will feature a proto-witcher and the three leads featured heavily in the trailer here.

Sophia Brown plays an outcast warrior who abandoned her clan to become a musician named Éile. Fjall, played by Laurence O’Fuarain, is a warrior who joins Éile, and Scian, played be Michelle Yeoh, is searching for a magical sword of some sort. Declan de Barra, who wrote for The Witcher, is the showrunner and executive producer on the series, which is looking to really expand the mythos of The Witcher alongside the previously released The Witcher: Nightmare of the Wolf.

After a bit of a rocky start because of losing the series lead, The Witcher: Blood Origin will release sometime next year.