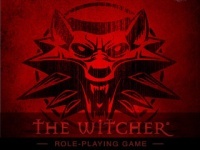 CD Projekt RED has followed up on its promise of a “big surprise” with the announcement of a new enhanced version of The Witcher, currently scheduled to hit store shelves in May.

The Witcher Enhanced Edition will feature significant upgrades over the original release of the game that will address both technical concerns as well as common complaints among gamers about gameplay issues. Loading times will be reduced by 80 percent, according to Project Manager Maciej Szcześnik, along with improved game stability and “an array of smaller fixes” that will lead to heightened combat interactivity. Of greater interest, however, are the changes to the game itself, which promise to significantly improve the immersion and experience.

“Over 50 new supporting character models will be added, so that the player won’t run into the same person too often,” he continued. “The inventory panel will be redesigned and improved, and some elements of the main game screen will be polished. However, one of the biggest changes that will greatly increase the player’s immersion in the game world will be improvements concerning dialog scenes. Both Geralt and non-player characters will get over 100 new animated gestures which will make their body language during conversations much more natural. Additionally, the facial animation and lip-sync system will be re-created, making the faces of the speakers now even more natural, as well.”

Many more smaller changes will also be implemented, and the German edition of the game will see a complete re-recording of many character voices. The Witcher Enhanced Edition will also include the D’jinii mod editor, two additional adventures for Geralt to embark upon, two separate CDs featuring music from and inspired by the game, an official guide written by the development team, a new short story by Witcher author Andrzej Sapkowski and a map of the game world.

“The leading idea during the development of The Witcher Enhanced Edition is to create a game that is devoid of all of the major criticisms levied at the original release,” said CD Projekt CEO Michał Kiciński. “The Witcher was received very warmly by both players and the media, but we are well aware that it is not a product without its faults. There was just not enough time to perfect certain elements, while we learned that some things needed to be changed from the players themselves. Now we have the opportunity to introduce changes that will allow The Witcher to provide even more enjoyment. I hope that, as a result, the game will come even closer to the ideal RPG.”

Adam Kiciński, head of CD Projekt RED, said RPG fans who have already purchased The Witcher “need not worry”: The developer will be offering all the new content and upgrades as a free download for current owners. The Witcher Enhanced Edition is set for release in Eastern Europe on May 16, and Kiciński said he is “confident” the game will also be available internationally on the same date. More information is available at www.thewitcher.com.

New Xbox Live In the Works?