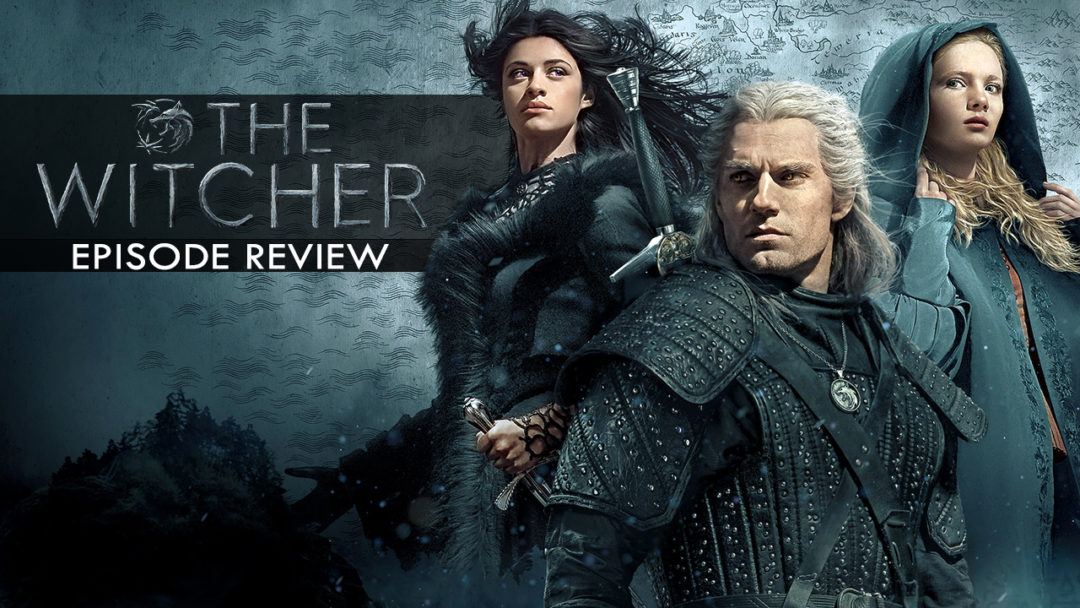 This review contains spoilers for The Witcher, episode 3, “Betrayer Moon.”

After three episodes, it’s safe to say that The Witcher has found itself a pattern that shows both strengths and weaknesses. Geralt’s (Henry Cavill) sections are usually the strongest by telling a self-contained story with a significant amount of action and pathos, the Ciri (Freya Allan) segments are meant to advance the main plot, and the Yennefer (Anya Chalotra) flashbacks offer a look at the lore and political structure of the world. Nowhere is this clearer than in “Betrayer Moon” — but that clarity highlights the cracks in the series foundation as they begin to form.

Because all three plotlines are so wildly removed from each other, in terms of both location and time, enjoyment of the episode is going to vary heavily based on which character you are most attached to and what you want out of The Witcher. If you want action, you’ll like Geralt’s scenes. If you’re a fan of slower character studies, the Yennefer segments will serve you well. And if you like absolutely nothing happening, then I think the Ciri scenes are tailor-made for you. I understand that these characters will eventually collide with each other (or have already if Geralt’s nighttime murmurs for Yennefer are anything to go by), but for now we’re just waiting for the pieces to actually connect on screen.

“Betrayer Moon” spends the majority of its time following Geralt as he’s tasked with investigating a monster so fierce it has killed another Witcher. Geralt’s scenes are split between his conducting an investigation into the monster’s identity, which turns out to be a striga, and fighting the monster itself — both parts of which are equally effective. Really, it all hinges on Henry Cavill’s performance. Played by any other actor, his dialogue may come across as generic and plain, but thanks to Cavill’s physicality, as well as his inflection, he’s really able to bring Geralt to life. Whenever Geralt enters a scene or has a one-on-one conversation with anyone, I simply can’t turn my attention away from him.

There’s a scene midway through the episode where Geralt, along with sorceress Triss Merigold (Anna Shaffer from Harry Potter), interrogates the person responsible for creating the striga. At first, the dialogue is predictable to the point where I was chuckling a bit at how easily I knew what was going to be said. It began to just feel like an excuse to get some more Geralt fights scenes, but all of that fades once Cavill takes charge. With only a few lines, he is able to realign the ship and do exactly what I as an audience member wanted to do. There’s no other way to put it: Henry Cavill is Geralt of Rivia. He looks the part, goofy white wig and all, and truly conveys the dark atmosphere of the series. I just wish I could say the same for Yennefer and Ciri.

I’ve tried my hardest for the past three episodes to not address the elephant in the room, but the pacing and focus of “Betrayer Moon” is forcing my hand. This episode was the most Game of Thrones that the series has been — especially with the Yennefer scenes. Yennefer is still undergoing her training to become a sorceress, but when the Brotherhood of Sorcerers decides to send her to Nilfgaard instead of her home region of Aedirn, she decides to take matters into her own hands and not only physically remake herself, but also directly disobey the council’s wishes to take control of her own destiny.

This isn’t a bad turn for the character, but the events feel like they were lifted right from Game of Thrones, with various factions talking about political allegiances, Yennefer and her lover Istredd (Royce Pierreson of Wanderlust) spying on each other for their masters, and sex for the sake of sex. I’m glad that Netflix isn’t shying away from the more overt sexual elements that the series is known for, (When is that infamous bathtub scene again?) but there has to be meaning for it. The scene at the end where Yennefer loses her fertility is a wonderful and painful scene to watch that isn’t framed sexually in the slightest. It’s tasteful and deftly handled. On the other hand, Yennefer conjuring a crowd of people to watch her do the deed with Istredd feels forced and does nothing to enhance the series other than remind me that Game of Thrones had a ton of sex scenes for the sake of sex scenes.

The Witcher’s world, up to this point, has felt unique from the rest of the other high fantasy epics. There’s a layer of grime and filth that pervades every moment, with even the royal and opulent castles of the wealthy feeling distinctly bleak and hopeless. Geralt visiting the castle of Temeria this episode is one such example. It’s a lavish castle, but given the situation, all of the inhabitants — the king included — feel petrified and on edge with their surrounds. None of that mood exists in the Yennefer sequences, coming across more like a half-baked King’s Landing side-plot. We know that Yennefer will be important and these scenes are ideal in fleshing out her characterization, but they feel so safe in comparison to Geralt’s quests.

And then there’s Ciri. Boy, she sure did exist this episode. She woke up, walked across a field… and that was about it. I was certain that the show just forgot about her this episode since she didn’t show up until the final four minutes of the hour-and-six-minute episode. It’s concerning moving forward that Ciri is being regarded as an afterthought, especially how she’s most likely going to become fundamental to the story by season’s end. We know next to nothing about her, and her actions in the past two episodes have just been “find Geralt.” She doesn’t know why she needs to find him, and if she doesn’t know, then why should we as the audience care about her objective?

“Betrayer Moon” is the weakest episode of the show thus far, mostly due to how most of the scenes feel like they’re on autopilot for the majority of the runtime. Everything outside of Geralt’s adventures feel padded to hell and back. When I sat down to watch “Betrayer Moon,” I was taken aback that it was over an hour long, but after viewing it, I don’t think that time was utilized wisely. Moving forward, The Witcher needs to be as focused as it is during the Geralt scenes if it’s going to maintain the strength that it had in its wonderful premiere.