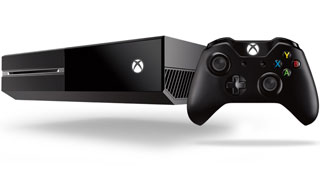 Major Nelson has announced that the Xbox Ultimate Game Sale will be starting next week, with deals on Dark Souls 3, DOOM, and more.

If you’re looking for some more games to play on your Xbox One, next week may have exactly what you’re after. In a post on Twitter, the Xbox Live Director of Programming revealed the sale, but left the specific deals vague.

However, a video included in the tweet seems to suggest that we’ll see deals on a wide range of games, including Mirror’s Edge Catalyst, Dark Souls 3, Battleborn, The Division, Ark: Survival Evolved, FIFA 16, DOOM, Halo 5, GTA 5, Quantum Break, and [i]Call of Duty: Black Ops 3, just to name a few.

Major Nelson’s tweet also says that all the deals will be revealed on his blog on Sunday, July 3, but the video says that deals will run 40-60 percent off, so it should be worth checking out.