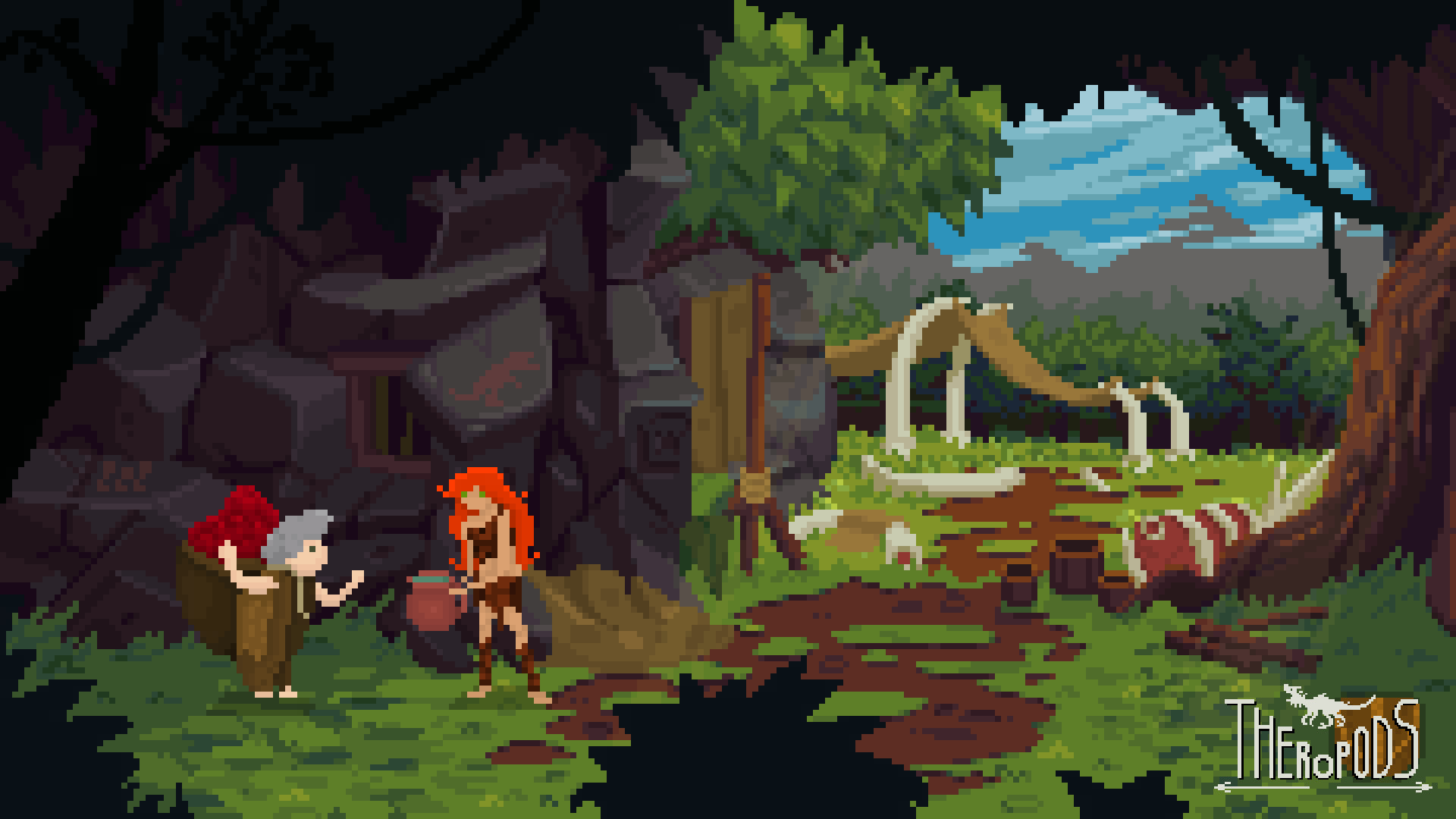 Theropods is a new, dinosaur-filled point-and-click adventure that is currently running a Kickstarter campaign.

Developers Kostas Skiftas and Sarah Duffield-Harding, two filmmakers who “love nothing more than telling stories,” launched the campaign for their game on July 9. Watch the quick, retro-styled introduction video down below for a look at Theropods.

Skiftas and Duffield-Harding describe the game as “an adventure game that combines puzzles with a cinematic story, colorful characters, and a retro aesthetic.”

Toting a “brains over brawn” gameplay style, Theropods places players in the role of a young huntress on the run after she and her people are attacked by barbarians. Players will need to seek help and learn to use the environment to survive and free the huntress’ people.

The developers specifically refer to the game as ‘90s-esque in order to harken back to the golden age of point-and-click adventure games.

The developers say they are huge fans of Machinarium and Gobliiins and, as a result, have created Theropods as “an immersive, text-free experience” that will keeps keep dialogue to a minimum.

“Fitting in with prehistoric civilizations, our dialogue takes the form of grunting and we decided to go full out with no text either. The lack of dialogue and text creates challenges for us and opens up possibilities for creative solutions, such as providing hints to the player, relying heavily on animations, and visual cues.”

Lastly, the game is aimed to keep players involved in the action in spite of its classic adventure game style. The example on the Kickstarter page depicts the huntress protagonist dodging arrows and leaping over logs, making for promising footage.

You can try the game’s demo by visiting the Kickstarter page.

Theropods does not have a release date locked down quite yet, but is planned to launch for PC and Mac sometime in 2021. Future goals include a widened platform release and localization in more languages.