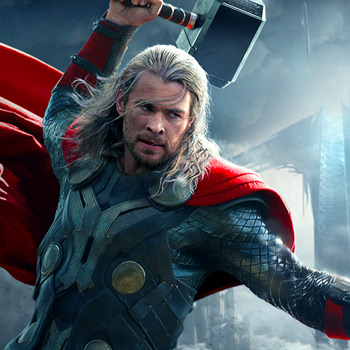 Thor: Ragnarok‘s Chris Hemsworth hopes his apocalyptic finale will have a similar sense of humor to last year’s Guardians of the Galaxy.

When your movie title references the most metal apocalypse ever depicted by ancient religions, you probably don’t imagine it to address light-hearted comedy. Yet that’s exactly what Chris Hemsworth hopes Thor: Ragnarok will achieve in 2017. In a recent interview, the actor revealed his desire that Thor‘s finale will combine the action and humor of last year’s smash hit: Guardians of the Galaxy.

“I think [Thor: Ragnarok] needs to be injected with that sort of smart wit and unexpected kind of humor, kind of what James Gunn came in and did with Guardians,” Hemworth told Cinema Blend. “It was like off center and unpredictable, and I think we can definitely use a dose of that, you know?”

While Thor and Thor: The Dark World had comic relief moments, they played a limited role – usually in the form of Loki’s banter, Thor adjusting to mortal life, or Erik Selvig constantly losing items of clothing. (Okay, not all of these were necessarily good comic relief moments.) If Ragnaok places a stronger emphasis on combining action and humor, it might help lighten the darker tone which soured some fans when Dark World rolled out. And it doesn’t necessarily have to impact the action: Guardians had no shortage of impressive action scenes itself, not to mention quieter, emotional moments.

“I feel we had less of the sort of the naivety or fun or humor that the first [Thor] might have had. I wish we had more of that in the second,” Hemsworth continued. “We’ve done regal. We’ve done Shakespeare, and we’ve shown that. I think now it’s time to go, ‘Ok, cool. Let’s try something different,’ and Taika just had such a brilliant sort of take and funny kind of ideas about where we could [go], how we could do that.”

It’s also entirely possible Marvel is already planning this approach for Ragnarok. That last Hemsworth quote references Taika Waititi, a New Zealand director and comedian being considered for the film. Couple that detail with rumors that Ragnarok‘s plot features the cosmic road trip of Thor and Hulk, and the comedy potential practically writes itself. Marvel will obviously have to share more official details before we know for sure, but I suspect fans will welcome light-hearted banter into Thor‘s cosmic battlegrounds.