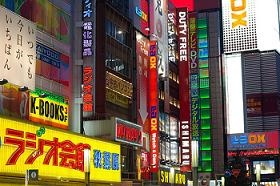 Three international students stole one million yen in games, tried to fight the law, and the Japanese law won.

Moving to Japan from France to continue their educational studies, a trio of sixteen year-olds traveled to the Akihabara district of Tokyo to do some post-holiday shoplifting. On 18 different days since November, the three teenagers stole 92 games and seven consoles from retailer Sofmap. They then turned around and resold the products for over one million yen ($100,000).

They could’ve perhaps gotten away with the thefts if they hadn’t tried to resell the stolen goods using fake college IDs on their last trip to a different store – also owned by Sofmap.

After being caught by the Tokyo Metropolitan Police, the kids revealed they were stealing to have as much spending money as their wealthy classmates.

“Stealing is simple in Japan,” commented one student. “Japanese people shouldn’t be so easily trusting of people.”