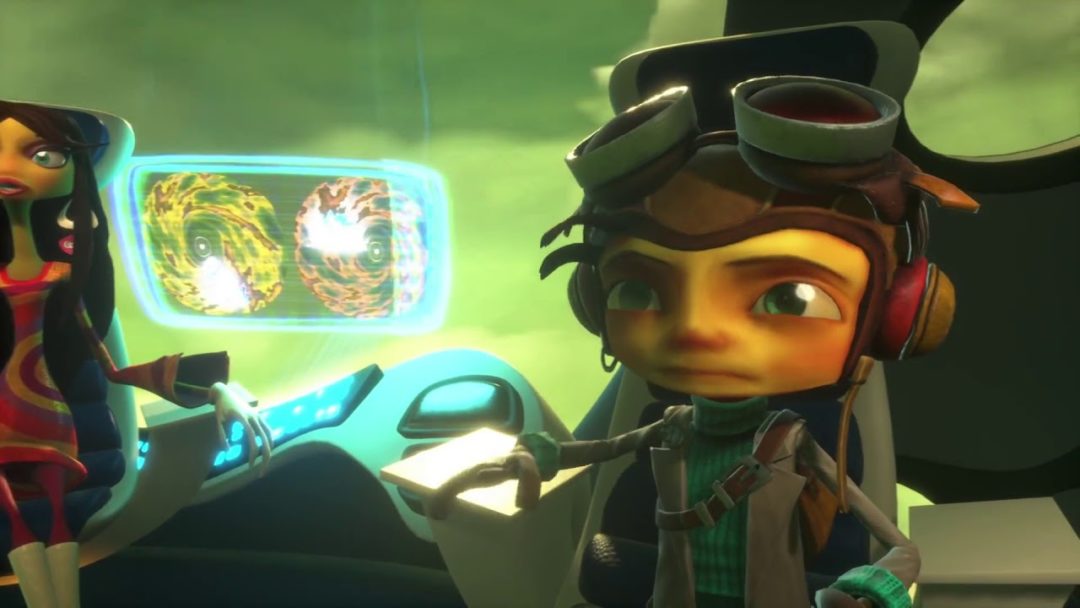 Gamasutra has published an interview with Tim Schafer conducted at E3 2019 in which the Double Fine founder discusses the studio’s new identity as a Microsoft subsidiary.

The acquisition was announced on stage at the Xbox press conference, where Schafer joked about his studio’s commitment to doing “Forza stuff” and “Excel stuff” for Microsoft. It was a good bit, but it raised some legitimate concerns about the future of certain Double Fine projects. Since long-awaited sequel Psychonauts 2 and top-down adventure title Rad were both already in production at the time of the acquisition, it looks like both those games will still receive the wide releases they originally promised. Rad, the latest game by Stacking and Headlander director Lee Petty, will still be published by Bandai Namco, but Microsoft bought the publishing rights to Psychonauts 2 from original publisher Starbreeze Studios for $13.2 million as part of the acquisition.

Double Fine and Microsoft already have a history together, and it’s not a happy one, so the purchase raised a few eyebrows. The first Psychonauts was originally an Xbox exclusive with considerable personal support from Xbox architect Ed Fries. When Fries left Microsoft in 2004, the company cancelled its relationship with Double Fine, leaving the title without a publisher. Majesco Entertainment eventually published the game on Xbox and Windows in 2005.

Schafer told Gamasutra he forgives Microsoft for its past mistreatment of his studio, “They felt bad about it, and now they made good on that.” In the same way that Fries was once instrumental in the relationship between Microsoft and Double Fine, Schafer now points to people like Matt Booty, head of Xbox Game Studios, and head of Xbox Phil Spencer as being personally invested in the success of the studio and not just treating it like a game development gulag. Under their guidance, Schafer claims the culture at Xbox is becoming friendlier towards smaller and more offbeat developers. “It’s not just one person, it’s these teams and a philosophy that permeates all of Xbox Studios… according to them it goes all the way to the top, of treating these acquired companies right.”

Schafer also praised Microsoft’s hands-off approach to studio acquisition. “I think they’ve had a commitment to a new way of acquiring companies which is, kind of an unplugged studio approach, where they’re not merged into the larger corporate entity,” he said. “They want us to retain our identity, our spirit, that’s what they want us to bring into the fold.”

This would make Microsoft’s new approach to the matter a sort of polar opposite to EA’s notoriously cutthroat method, especially during the late ‘90s and early ‘00s, of purchasing, micromanaging, and eventually shuttering smaller studios.

Mostly, Schafer seems pleased that being under the umbrella of a larger parent company will allow Double Fine to focus on making games rather than scraping for funding or scrambling for publishers. “The great thing about the acquisition is it lets us refocus,” he said. “For me, I’m going to be focusing on Psychonauts 2, Lee is going to be focusing on Rad, and then we can think about new games, and being able to develop them, and being in a place where we can pursue strange new ideas.”