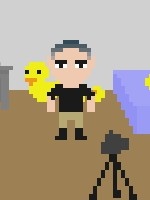 Former news anchor Tom Brokaw says it was OK for NBC to air the Virginia Tech killer’s insane video rants, but that videogames and blogs are “cancerous.”

Brokaw, speaking in a radio interview with Hugh Hewitt, defended his network’s decision to give airtime to the killer despite his murderous rampage. Asked if it was the correct decision, Brokaw said it was, adding, “To get back to something we were talking about earlier in general thematic terms, I don’t think we’re doing a very good job about talking about violence in this country, either. You know, Virginia Tech went away. We didn’t have any ongoing dialog in our communities or on the air about the corrosive effect of violence.”

He then went on to say, “It was not what he, what people saw of him on the air that will drive them, it’s what they read in blog sites, and what they see in videogames. It’s that kind of stuff that I think is cancerous.”

Brokaw, described himself as a “free speech absolutist” but also said, “I think at the same time, we need to have free speech in some kind of a context,” spent the balance of the interview debating NBC’s role in potentially “incentivizing” copycat killers. The full text of the exchange between Brokaw and Hewitt is available at GamePolitics.