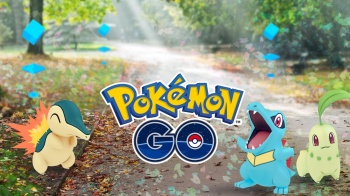 I guess rural Pokemon GO players get screwed over once more.

Trading is probably the most-requested new feature for Niantic’s Pokemon GO, and the company has promised us it is coming to the game “soon”. However, when it does arrive, it may not work quite the way we expect, as Niantic has told Polygon that when trading happens, it won’t utilize the internet, and will instead restrict players to trading with those they are in close proximity to.

“[Trading] won’t be through the internet,” said senior product manager Tatsuo Nomura. “You shouldn’t be able to exchange your Pokemon with someone who is 100 miles away from you. … The person needs to be in your proximity.”

Rural players have often complained that their area is a hotbed for Caterpies and Pidgeys, and not much else, and have hoped that trading would help them complete their Pokedex by being able to trade with players in cities, where there’s a Pokestop on every corner. Nomura has stated that this is not the intention of trading.

“I wasn’t really thinking of trading as a way to solve the local area spawn issue,” Nomura explained. “That was more, we have a couple Pokemon that only spawn in a couple regions, and that was the hope, that some Pokemon you have to know someone or find someone who lives in certain regions and meet and exchange.

“We don’t want to just have that be an online game that you can just exchange virtually.”

So trading is coming to Pokemon GO, but you’ll have to be in the same area as someone to trade with them.