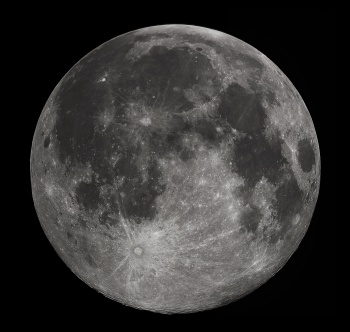 Volcanoes may have continued to be active on the moon much more recently than previously believed, according to new research based on NASA data.

According to new analyses of images taken by NASA‘s Lunar Reconnaissance Orbiter, previous estimates of the cessation of volcanic activity on the moon may have been off by an order of magnitude. For a long time, the moon was believed to be have been a geologically dead world for at least 1 billion years, but newer estimates now put this number at under 100 million.

“This finding is the kind of science that is literally going to make geologists rewrite the textbooks about the moon,” says John Keller, Lunar Reconnaissance Orbiter (LRO) project scientist.

“The existence and age of the irregular mare patches tell us that the lunar mantle had to remain hot enough to provide magma for the small-volume eruptions that created these unusual young features,” says Sarah Braden, lead author of the study.

Dating estimation of lunar surface features is based on “crater counting.” This method assumes that impact craters slowly accumulate over time, so older surfaces are expected to be more heavily cratered than younger features. Further, if a feature has a crater, than means it is older than the crater; but if a feature infills or overlaps a crater, than it is younger than the crater. These estimates are calibrated using moon rock samples that have been dated.

Combine this research with another recent paper suggesting that the moon was more geologically active than we previously believed, and it’s an exciting time to be in lunar research.