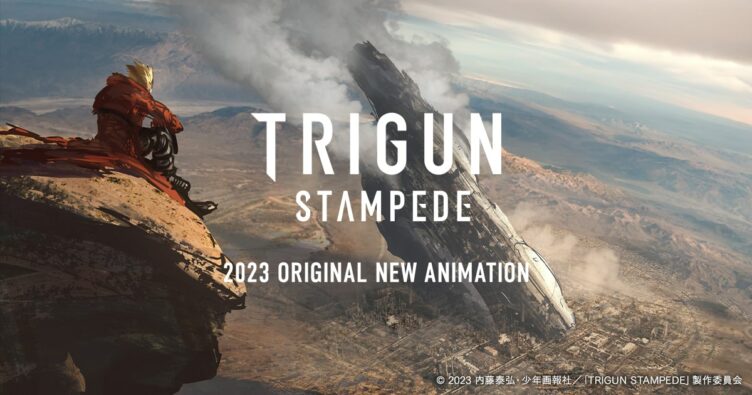 Studio Orange, the animation studio behind Beastars and Land of the Lustrous, will create a brand new 3D anime series called Trigun Stampede. It is a new take on the iconic Trigun franchise created by manga artist Yasuhiro Nightow, and it will premiere in 2023, available on Crunchyroll. It will have an “all-new staff and cast,” but plot details have not yet been provided. More details will be provided at an Anime Expo panel on July 2, which will feature Yasuhiro Nightow, designer Kouji Tajima, Orange producer Kiyotaka Waki, Orange producer Yoshihiro Watanabe, and Toho producer Katsuhiro Takei.

25 years after the first anime series, #TRIGUN will
be reborn in 2023 entitled TRIGUN STAMPEDE, produced by the Japan’s best 3D animation
studio Orange (@cg_orange_inc) with an all-new staff and cast. https://t.co/HqMU1s6sMN pic.twitter.com/a0R1TGsnMg

The manga Trigun began publication in 1995, later becoming Trigun Maximum when it switched magazines and ultimately finishing its run in 2007. The Trigun anime aired in 1998 in Japan and largely went off in its own, shorter direction, seeing how the manga would not be finished for another decade. It became a major international success though, spawning the companion movie Trigun: Badlands Rumble in 2010.

Trigun Stampede clearly takes its name from the series protagonist, Vash the Stampede. He has a sixty-billion “double dollar” bounty on his head for apparently destroying a city, yet those who meet him find he’s usually pretty harmless. The manga could become pretty gritty and unrelenting in spots, but the anime, while action-packed, was a bit breezier and more commercial for much of its run. It will be curious to see what tone Studio Orange takes with Trigun Stampede when the 3D anime premieres in 2023.

For more anime in your life, check out the recent Extra Punctuation about the anime that Yahtzee actually enjoys.