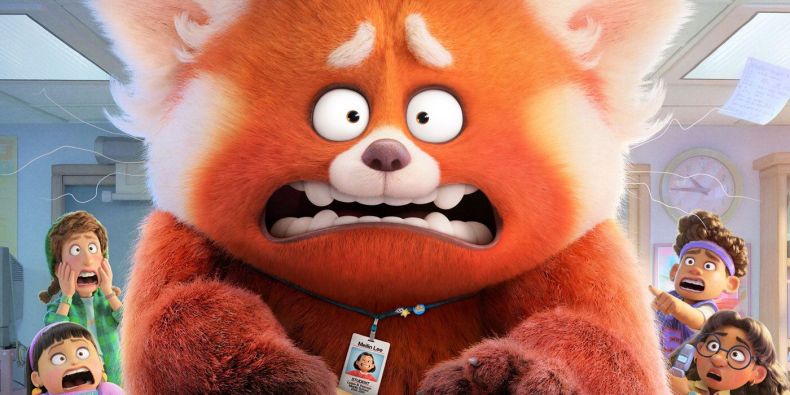 Pixar is about to dish out more life lessons and probably make us cry, but this time it’ll do with a big, fluffy red panda. The second, “official” trailer for Turning Red, Disney and Pixar’s next animated movie, landed today and looks to have all the heartwarming charm we’ve come to expect from the illustrious animation studio, all set to an NSYNC song.

While the general tone and theme of Turning Red falls pretty in line with the Pixar oeuvre, it is refreshing to see in the official trailer a character start out as confident and with friends instead of a loner who needs to learn to be themselves. The coming-of-age story features Rosalie Chiang voicing Mei Lee (“It’s gonna be Mei“… get it?) as a young teenager with an overprotective mom who also happens to turn into a giant red panda when she has any drastic emotions. Believe it or not, that happens a lot to a 13-year-old girl, and so Mei must come to terms with herself and her Hulk-like abilities.

Domee Shi directs the film, and if she can bring half the heart and emotion that she did to Pixar short Bao, it’s going to be right up there with other Pixar classics. Turning Red also stars Sandra Oh as Mei’s mother, whom you hear in the official trailer.

Unlike the last two Pixar movies, Soul and Luca, Disney is not sending this one straight to Disney+ but instead giving it a full theatrical release. Turning Red will land in theaters on March 11.