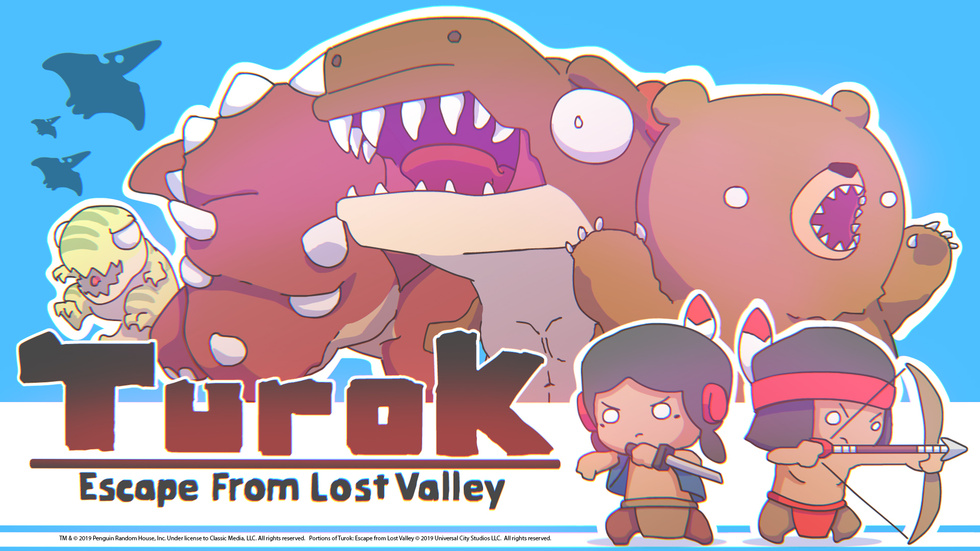 Turok: Escape from Lost Valley is bringing the classic FPS franchise back from extinction with hand-drawn graphics, cute protagonists, and a new genre. The franchise has not seen a new video game entry since 2008’s seventh generation reboot, simply titled Turok. After Escape from Lost Valley’s announcement, many were left wanting to know who managed to bring Turok back to gaming audiences in 2019.

Now, thanks to a contest held by Universal Studios that allowed winners to create a game with one of its IP, Pillow Pig Games is digging up the dino hunter for a fresh start. Completely made up of two twin brothers, Max and Ben Snyder, Pillow Pig Games was originally known for its previous game, Fighties, which featured a similarly cute style and Towerfall-like gameplay.

The Escapist recently had the opportunity to speak with Pillow Pig Games about Turok: Escape from Lost Valley and why the team decided to base its new game on Turok’s mid-’50s comic book series. 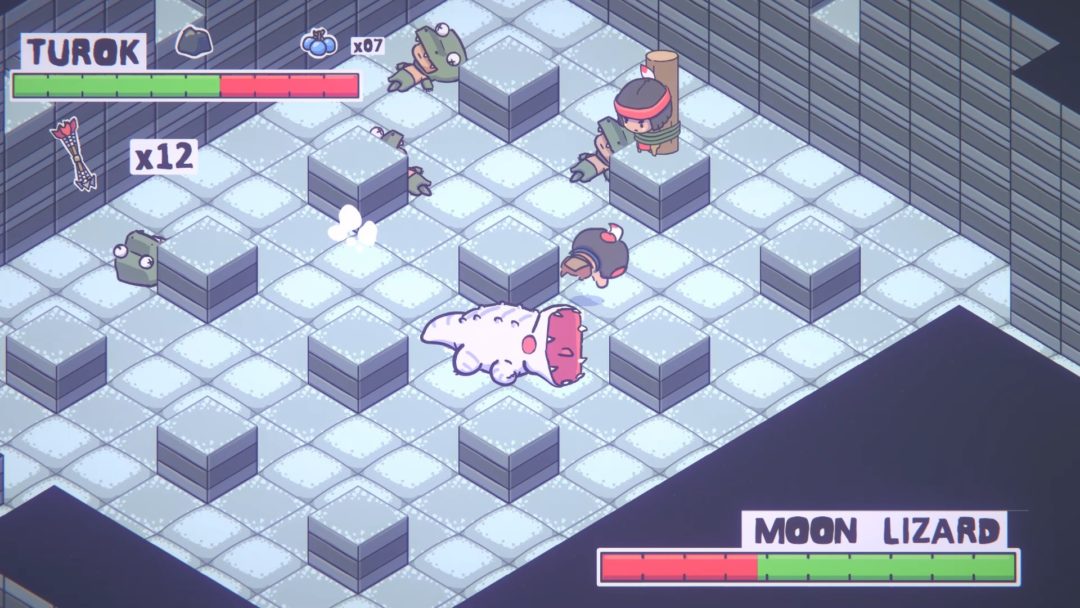 First off, congrats on winning the Universal GameDev tournament! Though I think some may be surprised to see Turok back with such an unfamiliar look, most would agree they are just glad to have Turok back at all. With that in mind, what has it been like for the team to work on an already established IP, as opposed to something like Fighties?

Max and Ben Snyder: Working on an established IP is a bit easier because we didn’t need to create our own characters. Turok comics have many cool and original characters, creatures, and environments we were able to incorporate in the game. With all that already designed, we were able to put more focus on the gameplay.

Tell us a little bit about your studio. Landing the Turok license is a pretty big deal, so players might like to know a bit about the people behind this new game.

Max and Ben Snyder: Pillow Pig Games is a team of two people. We are twin brothers who live in Kapolei, Hawaii and like to make games that are both challenging and fun. We first got into game development when we were going to OIT where we each got a B.S. in software engineering. Growing up, we both really liked playing video games, so all of our projects in college revolved around games. After we graduated from OIT, we created Pillow Pig Games. Ben does the art/animation, and Max handles programming/music.

Before Pillow Pig Games entered the competition, did it already have Turok in its sights? Can you talk about the thought process behind how the team planned to handle such a beloved IP?

Max and Ben Snyder: When we originally wanted to join the competition, our sights were set on Jaws, but we were not sure our game idea would be possible to complete within the time limit. We didn’t know much about Turok and had never heard of the comics until we decided to enter the competition. Our thought process was just to make a fun, quality game that both Turok fans and those that had never even heard of Turok would really enjoy. 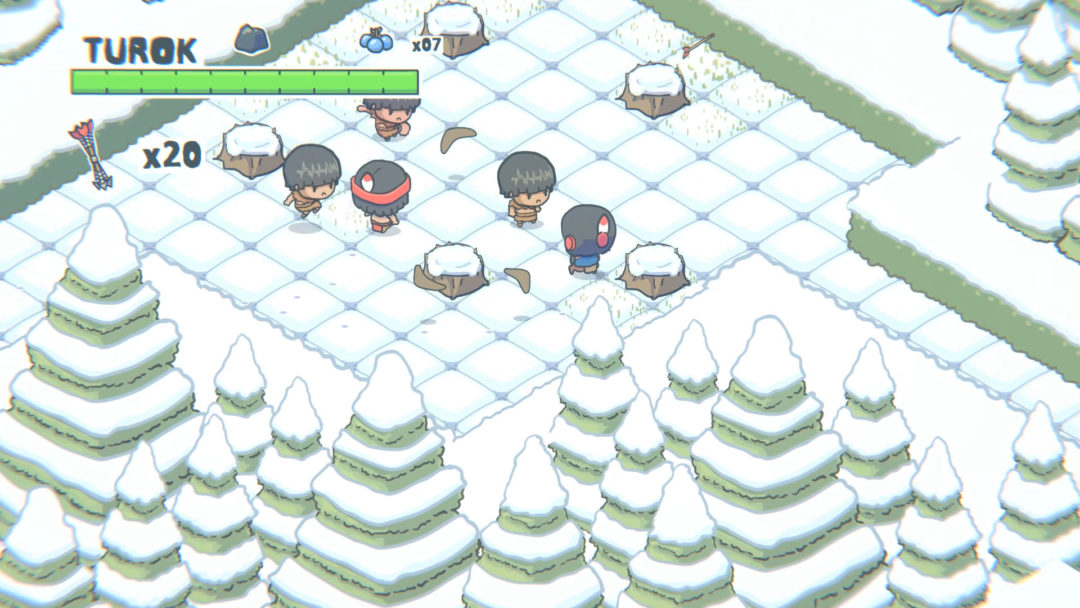 Is the team making this game with fans of the classic Turok in mind or a new fan base entirely? Who is Turok: Escape From Lost Valley aimed at?

Max and Ben Snyder: Turok: Escape From Lost Valley is essentially aimed at everyone. Almost everything in the game is from the comics, so we think fans will enjoy it as it stays true to the original story and characters. For anyone who hasn’t read the comics and doesn’t know about Turok, they will appreciate the novelty of the story.

What’s the core gameplay loop in Escape from Lost Valley? Is it a linear adventure game, or are there some procedural elements in there for replayability?

Max and Ben Snyder: It is a linear game, but you can travel back to previous areas in case you missed something. Players can fight enemies and collect items as they explore an area, then fight a boss to get to the next area.

On the Steam store page, the game has RPG elements listed in the descriptor. Can you tell us about that?

Max and Ben Snyder: There is a character in the game that will give Turok and Andar tasks to complete. After completing each task, you will get a new armor for Turok. Each armor will give Turok different stats like health, speed, and attack strength.

Why did Pillow Pig Games opt for the top-down, adorable design seen in the game’s reveal trailer? What creative opportunities has this style opened up?

Max and Ben Snyder: We really wanted to make a top-down adventure game after Fighties, and when we decided to enter the Universal GameDev Challenge and looked at the Turok comics, we felt the top-down style would be perfect for what we wanted to do with the game. Having a 2D hand-drawn style for the game let us quickly prototype and test out ideas by using rough sketches. The style also allowed us to be more creative with some gameplay elements since it doesn’t need to be realistic. An example is having the Killer Honker attack using shock wave blasts. 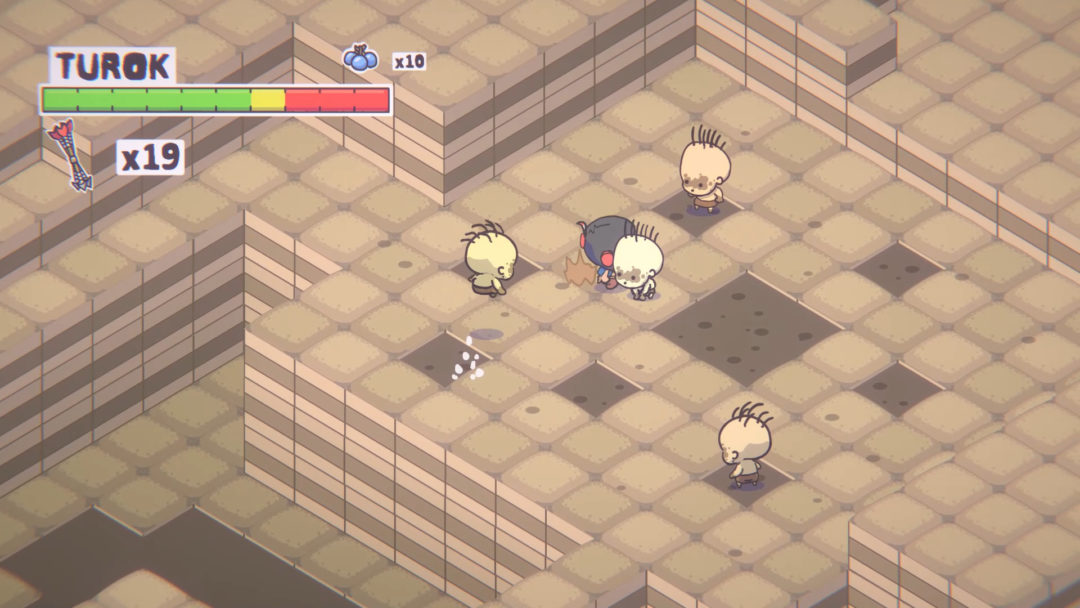 Why should the average player give Turok: Escape From Lost Valley a go? The game looks great, but what sets it apart from similar, top-down games?

Max and Ben Snyder: Players should try this game because of the simple reason that they would have fun playing it. It is hard to tell what the game is like without actually trying it and is probably different than what people think when looking at the trailer and screenshots. For us, it is unlike any game we have ever played before. We think others will feel the same way.

Were there any concerns that fans would not latch on to the new gameplay and style?

Max and Ben Snyder: We tried not to focus on the negative when we were developing this game. We just wanted to make a fun game that we would want to play, and hopefully others would enjoy.

Right now, it seems the game will only launch on Steam, but should fans expect anything on PlayStation, Xbox, Nintendo Switch, or mobile?

Max and Ben Snyder: Right now, we are focused on launching the game on Steam.

Lastly, is there anything else you’d like to add on the topic of Pillow Pig Games, Turok, or Universal?

Max and Ben Snyder: It was really fun working on such a classic brand like Turok with Universal Games and Digital Platforms. Hopefully we can make more games soon!