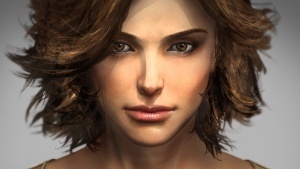 Prince of Persia producer Ben Mattes has admitted that there was a “mistake” in the development of that game’s “no death, no game over” mechanic. He now knows that gamers want to die.

Aside from the ending, the most controversial thing about last year’s Prince of Persia re-reboot was that you couldn’t die, more or less. Every time you screwed up a jump, the Prince’s partner Elika would magically swoop you up and save you from certain death. It was like the time rewind mechanic in the earlier Prince games, only more transparent and mostly unlimited.

Not everyone was crazy about it, but Ubisoft didn’t see that coming at all. “I guess I made the mistake of projecting my own attitudes…I believed that, as a consumer base, the gaming industry had evolved to the point where they were punishing themselves for their failures,” Mattes said.

The idea behind Elika, Mattes said, was that people would be such perfectionists when they played that whenever they had to use Elika, they’d get all mad at themselves for not being good enough and not having a perfect run. That might be true on some deep psychological level, but, well, gamers don’t have the will or imagination to actively punish themselves – they need to be told that they did something bad, and they need consequences to tell them to do better.

The lesson learned, then, is that, when it comes to death and punishment, there needs to be a balance. “We can’t continue to punish players for not being super leet haxxors but we have to do enough of that so that the guys on NeoGAF won’t sell the game back,” Mattes said. Trying to please the guys on GAF? Mattes might want to set the bar a little lower.