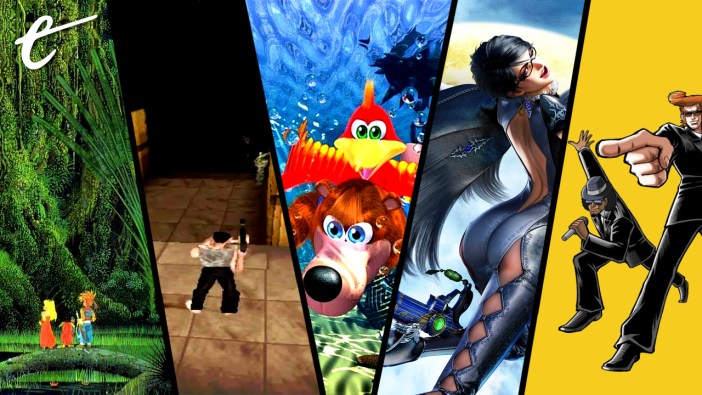 If you celebrate it, there’s nothing quite like Christmas. It’s the time of year when people are a bit kinder and nicer towards each other as families get together and bask in the glow of the Christmas tree on a silent, snowy night. And video games are no stranger to celebrating that Christmas magic, but there are very few games that actually center on the holidays. Even then, it’s usually as set dressing. Sure, there are plenty of great winter levels in video games, but levels that truly embody that Christmas cheer are a bit harder to come by.

So if you’re in the mood for celebrating Christmas through video games but don’t quite know how to go about doing it, we’ve got a few unconventional recommendations for you. These games embody that Christmas spirit in one way or another and make you feel all warm and fuzzy on the inside, through wonderful level design, perfect seasonal aesthetics, or just plain weird bits that are impossible not to mention. So grab some eggnog if you drink that slop, get some gingerbread men, and get ready for a nice night of Christmas gaming. 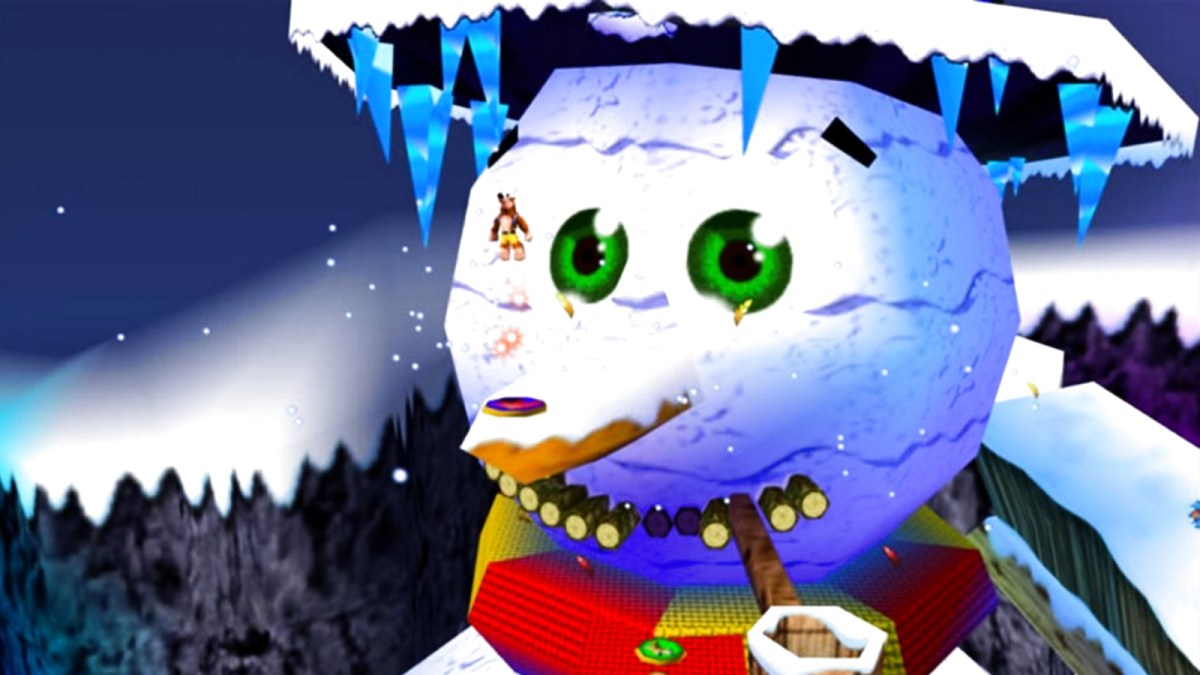 Rare was the king of Nintendo 64 and loved to throw some Christmas imagery into its games. I think a lot of Diddy Kong Racing thanks to its snow levels, but there’s no denying that Banjo-Kazooie has one of the best Christmas levels in gaming. About midway through the game, you get the chance to explore Freezeezy Peak and partake in all of the wonders of this winter wonderland. There’s a giant snowman, a race with a polar bear, a talking walrus, and even a giant Christmas tree.

It’s the Christmas tree that I love so much, where you have to help a bunch of lights make their way to the tree without getting eaten by little Grinch-inspired gremlins. Once you do within a certain time limit, you then have a limited amount of time to light the tree by hitting a switch and flying through the Christmas tree topper. Only then can you get the Jiggy inside. But that’s not all! You also have to play Santa to three little polar bears whose deadbeat dad forgot to get them gifts. They’re legitimately crying when you see them because they have no presents! So find those presents throughout the level, bring them back to the kids, and save Christmas for them! What’s not to love?

When it comes to video games, very few of them are actually set during Christmas. Many just rip off the holiday aesthetics but stop short of actually being set on Christmas Day or Christmas Eve. Even then, those games have to actually be good. Dead Rising 4 is unquestionably a game set during Christmas, but forcing you to play Dead Rising 4 for the holidays is something more on par with what Krampus would do to punish all those who misbehaved over the year. Instead, let Bayonetta punish you for misbehaving in Bayonetta 2, which is a much more desirable outcome.

Yes, the game is considered a Christmas game much in the same way that Die Hard is a Christmas movie. The game begins with Cereza, Enzo, and Jeanne shopping for the holidays, with Rodin popping in dressed as Santa Claus in one of the most over-the-top and delightful intros in video game history. The Christmas content is pushed to the side in favor of a more dramatic end-of-the-world drama, but the game ends with the crew continuing their Christmas shopping extravaganza like nothing happened. The moral of the story? Even witches celebrate Christmas, and you should play one of the best action games of the past decade. 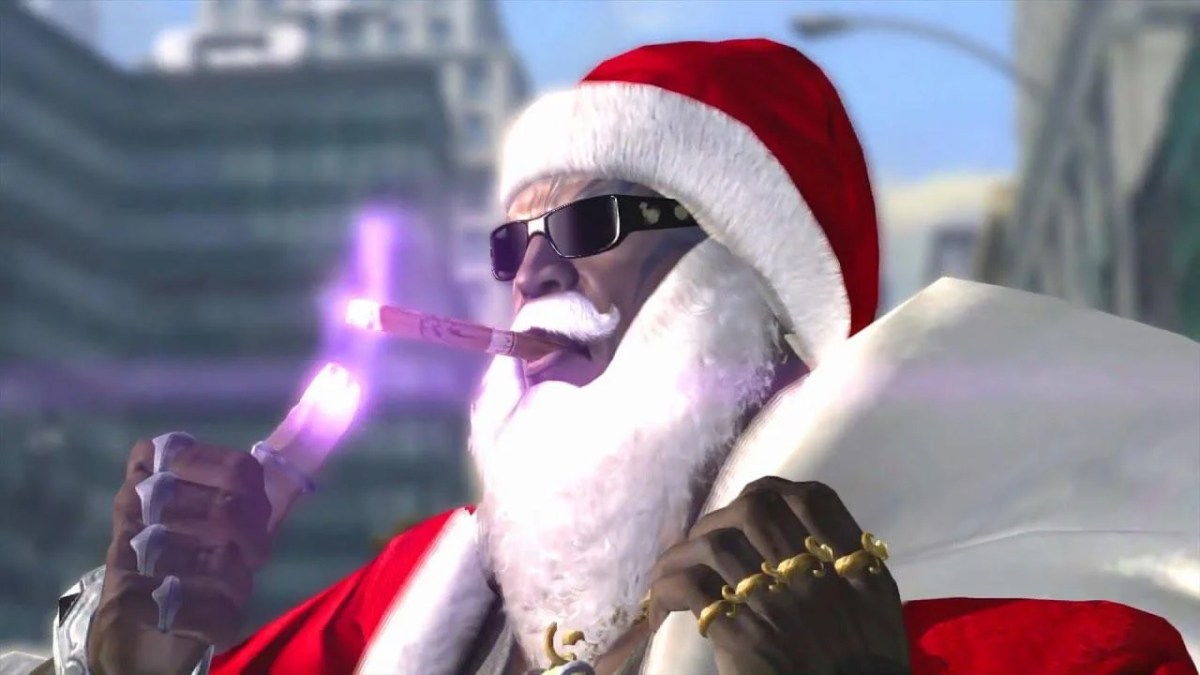 There’s a yearly debate that always takes place during the holidays: What is the best Christmas movie? Some may say A Christmas Story, It’s a Wonderful Life, Elf, The Polar Express, or something more unconventional like Black Christmas, Silent Night, Deadly Night, or Tokyo Godfathers. But they’re all wrong because it’s Die Hard. I don’t make the rules; I just follow them. So logically, a video game based on Die Hard is the best Christmas video game. See? Correlation does equal causation.

Die Hard Trilogy is a compilation of three smaller games, all providing small yet deep arcade-like experiences. The fun thing is that each of the three games, based on the first three films in the series, has a different gameplay style, with the first game being a third-person shooter, the second game being a rail shooter, and the third game being a driving sim. The first game is the highlight of the pack, being tough as nails with brutal enemies that will punish you if you’re unprepared. If you ever wanted to be John McClane saving everyone at that Christmas party in Nakatomi Plaza, there’s no other game to play than the adaptation.

I remember hearing about Elite Beat Agents nonstop in the pages of Nintendo Power when I was reading it in the mid-2000s. The writers claimed that it was one of the best games of the year, and they even went on to claim it was one of the best DS games period by the time they printed the final issue. The game is a lighthearted and goofy rhythm game where you assume the role of a group of secret agents who help people solve their problems through the power of dance. The game features such wacky plots like helping a dog get home after being left 400 miles from home, helping a former baseball player get his groove back by beating a giant magma-spewing golem, and… helping a little girl cope with the death of her father on Christmas. Oh…

If you ever wanted to cry while playing a video game, then Elite Beat Agents will solicit it with its Christmas level. The percussion is replaced by bells, and the comic book-style cutscenes all take on a somber tone as this little girl wants nothing more than to see her father one last time. It’s a tonal whiplash of a level compared to everything else the game has done up to this point, but it works so well, completely soaking itself in everything that makes Christmas not just a time of joy, but a time of sadness. Tying it all together is Chicago’s “You’re the Inspiration,” and that alone makes this a wonderful Christmas moment; it made me actually like Chicago. 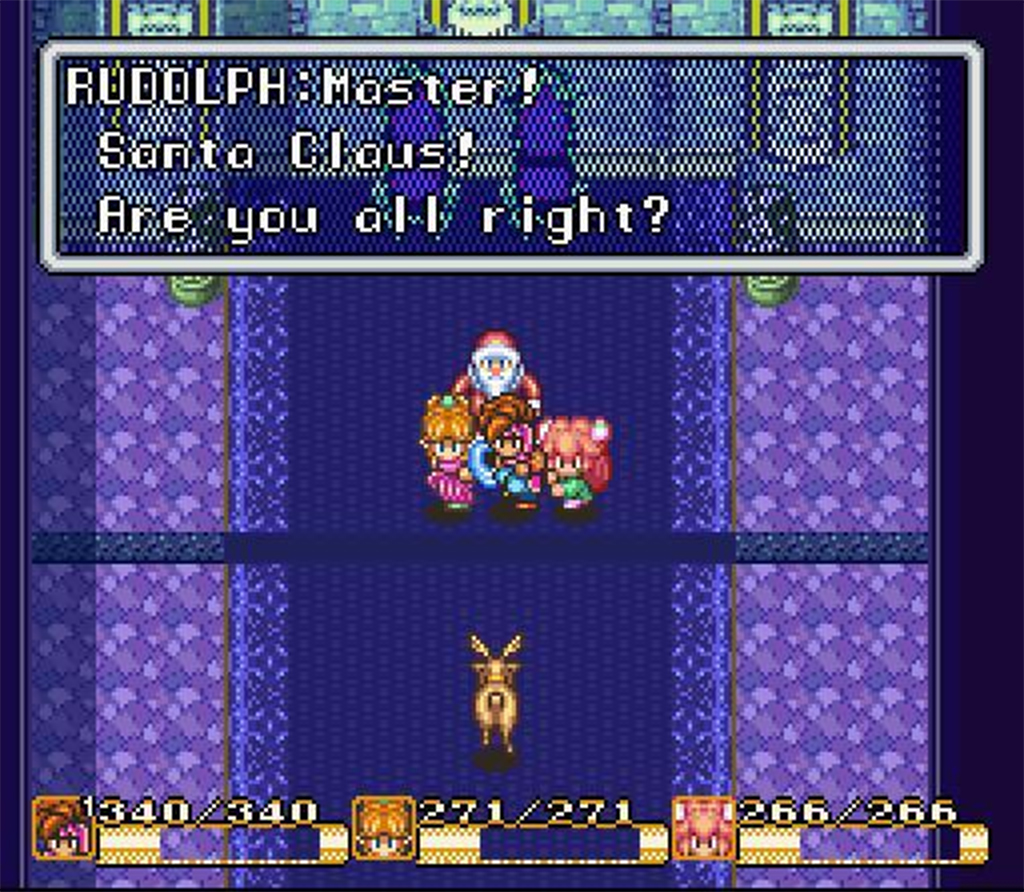 Secret of Mana is a classic SNES JRPG that had a lot of unique characteristics not only for the time but even today. It’s an action RPG that you can complete with up to three players, the Ring Command system encourages you to plan your actions out, and the AI is customizable, among many other features. The game is filled with several small charming moments, one of which is you get to fight Santa Claus!

Around the midpoint of the game, while collecting the obligatory magical MacGuffins, the Mana Seeds, you come across a gigantic boss called the Frost Gigas. You’ve fought Gigas before, and this is merely an ice-themed variation of it. Upon defeating him, he reverts back to his old form, that of jolly old Saint Nick. He then explains to you that he felt that children no longer believed in him, so he used one of the Mana Seeds to try to grow a Mana Christmas tree but became corrupted by it and became the Frost Gigas. But now that he’s freed, he can continue to deliver presents to all of the good little boys and girls of the world. So congratulations! Not only did you save the world in Secret of Mana, but you also saved Christmas!

These are the unconventional Christmas video games to get you in the spirit this year.