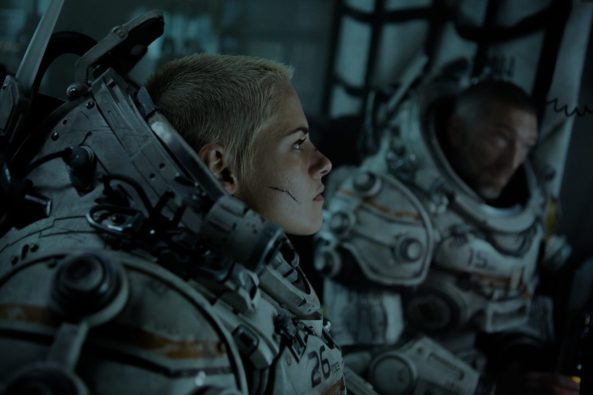 The horror trope of being in a confined space with an undisclosed monster is about to be dove into (pun 100 percent intended) once again in the upcoming sci-fi/horror film Underwater. The first trailer for the film sees Kristen Stewart and a motley cast of characters suddenly trapped seven miles underwater with something they “woke up.”

Underwater‘s premise isn’t anything new by a long shot, as you’ll get plenty of Alien vibes from the movie mixed with every deep-sea horror film ever made. Even 20th Century Fox seems to recognize this fact with their plot description being the fantastically short “A crew of underwater researchers must scramble to safety after an earthquake devastates their subterranean laboratory.” It’s a storyline that some of the greatest directors of science fiction have tackled and also one that’s been redone over and over to less success as well.

The first trailer doesn’t make it entirely clear which this will be, though Kristen Stewart’s career choices after Twilight have usually been challenging and compelling (aside from Charlie’s Angels), so having her in it may signal something special about the film. Director William Eubank definitely has a flair for the genre, as his previous work on The Signal showed, and he came up through the ranks as a cinematographer, so that may give the film the visual tension that horror chamber pieces require. Still, it’s hard to see what Underwater is offering us that hasn’t been done before unless there is a twist that has yet to be revealed.

The more important question, however, is — can this even be a hit? With Disney majorly disappointed with the performance of Fox’s films since the acquisition, the company needs a hit to stay in their new parent’s good graces. The Jan. 10 release date for Underwater doesn’t show a lot of faith in the film as the month is traditionally a dumping ground for movies, so Fox is probably hoping Disney will be too distracted by Terminator: Dark Fate‘s success or Oscar buzz around Ford vs. Ferrari and Ad Astra.