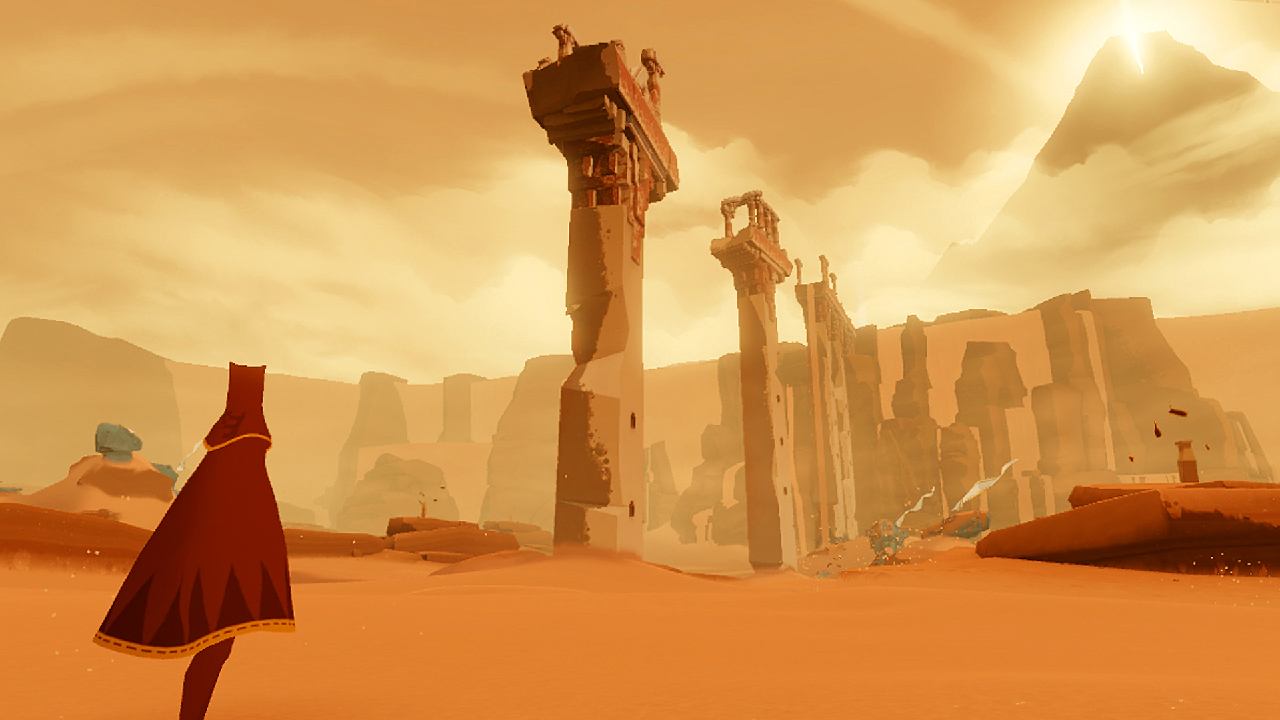 Now that Journey is out on Playstation 4, take a return trip and collect every glowing symbol with our locations guide, helping your mysterious pilgrim unlock the powerful white robes outfit.

Finding these rare glowing symbols upgrades the wanderer’s scarf power, allowing them to glide and leap further across the desolate landscape of Journey. Collect them all, and there’s a bonus costume in your future — the white robes instantly refill your scarf after a landing, making exploration easier than ever before.

Check out the entries below for tips, showing you how to find every glowing symbol and where to collect your reward, the white robes, when you’re done.

Once every symbol is collected, return to the Hub and go up the steps to the area that shows how many symbols you’ve collected. Travel to the glowing white thread and press [Circle] to change into the white robes. Change back into your normal robes by returning to this location and pressing [Circle].

Transcendence (Gold):
Collect all unique glowing symbols across one or more journeys.