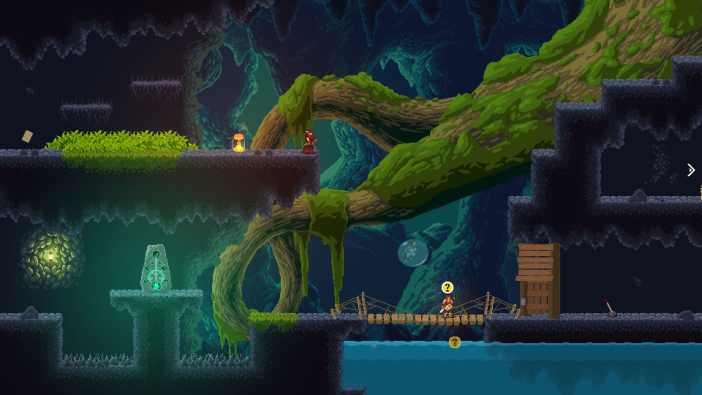 Wildfire will allow fans of stealth gaming to set the world ablaze with fireballs and use elemental magic to gain a tactical advantage when it launches next month. Publisher Humble Bundle announced today that Sneaky Bastards’ debut title will release May 26 exclusively on PC. Naturally, it will be sold on Humble’s own store alongside Steam.

Wildfire takes place in a fantasy world where magic has mostly died out. Due to this, the player gets branded a dangerous witch due to their elemental powers. Gamers will have to use the same magic that made them a target to their advantage as they are hunted by the army of the Arch Duchess. Stopping the villain is the only way to free other villagers from being held captive.

The adventure will take players to several different locales ranging from forests filled with trees to deep caverns and ice-covered mountains. Using the world to the player’s advantage is key if one wants to find success in Wildfire, as the elemental magic is built to play off the level design. From freezing water to cross bodies of water to freezing enemies in ice, there are plenty of opportunities for players looking to plan one step ahead.

Even more magic combinations become available when playing cooperatively with a friend, although the game is also designed to be played solo. However, players will have to be cautious as setting fire to an area can backfire and wind up ruining your cover as well. New abilities are introduced throughout Wildfire as well, forcing you to always adapt.

Developed primarily by Australia’s Dan Hindes, Wildfire has been well received prior to release. It won the Excellence in Art and Innovation awards at the Australian Game Developers and was a finalist at the PAVS: New Zealand Game Awards 2019.