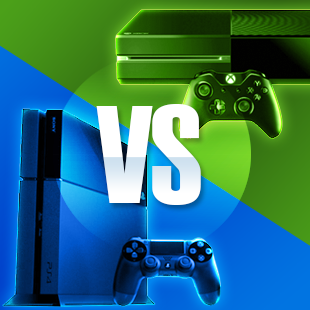 According to Baird analyst Colin Sebastian, Microsoft’s superior supply chain could give the Xbox an advantage over the PS4 at launch.

From what we hear the new console generation may already be doing pretty well for itself. Demand for the PlayStation 4 and Xbox One have been so high that retailers like GameStop have had to cap pre-orders as supplies for launch day consoles have begun to run low. Some in the game industry are already predicting that current pre-orders will be twice what the current console generation achieved at its own launch. Despite the popularity of both consoles at the checkout however, one analyst feels that Microsoft and the Xbox One may wind up having the advantage, even after some disastrous PR decisions.

“Our supply chain checks suggest Microsoft may have the benefit of a 2-3x unit advantage at launch compared to Sony’s PS4,” said Colin Sebastian, an analyst with Baird, in an investor’s note. According to Sebastian, though Microsoft may have lost the “headline battle” at E3, its changes to the Xbox One’s online and DRM policies have gone a long way toward appeasing consumers. That in mind, if Microsoft, as Sebastian suggests, is able to simply produce more consoles for retail than Sony, people might just buy the Xbox One because it’s available, even with the $100 price difference.

On the one hand we can see Sebastian’s point, especially considering that the two consoles are going to be launching around the holiday shopping season. During that time of the year there tends to be no shortage of parents and grandparents who will buy whatever looks good just to make sure little Timmy has something big and fancy under the tree come Christmas morning. That said, reports have been pointing to supply shortages on both sides and it’s notable that digital retailers like Amazon still currently list the PS4 as selling better than the Xbox One. Time, it seems, will have to tell if Sebastian’s predictions pan out.