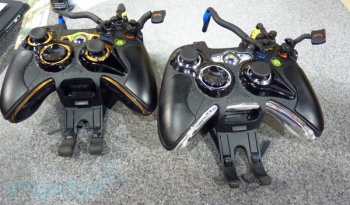 The company has wrested control of its websites and social media from rogue Ocean Marketing guy Paul Christoforo.

Hopefully, we can now put this baby to rest. Paul Christoforo’s story of abuse made headlines last week when a certain half of the Penny Arcade team made his email exchange with a customer “Dave” and his contact information public knowledge. The shit hit the fan after that, and any further statements from Christoforo just made him look worse and worse. What got lost in all the furor was that the company formally represented – N-Control – was just trying to sell gaming peripherals to customers. In an effort to clear their name, N-Control has donated $10,000 to the Child’s Play charity and report that they now have full control of their websites and social media. Christoforo is out.

“N-Control appreciates our customers’ patience and support through this rough patch we have been through,” said founder David Kotkin. “We have been in regular touch with Customer Dave, who prefers his identity not be revealed, and he’s been very supportive.”

The company admittedly had some production problems with their Avenger controller, but they have decided to stop accepting new orders and concentrate on getting their inventory to the customers who have pre-ordered – like Dave. The Xbox 360 Avenger units are being shipped out now, and the PS3 version is scheduled to start shipping on January 15th.

I’m just glad that the mad ravings of a clear lunatic like Paul Christoforo have actually produced something wholesome. The donation to Child’s Play by N-Control was a savvy PR move. I hope in time that people will think of the Avenger and N-Control without thinking of the colossal moron they had working for them.