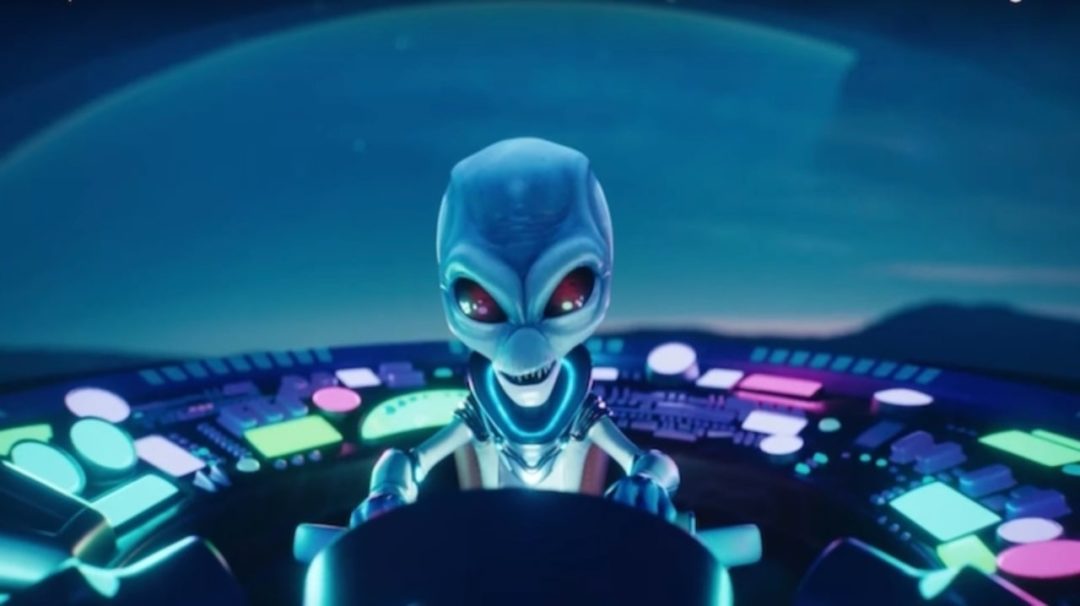 Destroy All Humans! is rising from the ashes of the PS2 era to, we presume, destroy more humans. Pandemic Studios’ 2005 cult classic alien invasion simulator is receiving the remake treatment. Scheduled for a 2020 release, the Destroy All Humans! Remake will star Crypto, the series’ beloved mass murdering extra terrestrial, who uses his flying saucer, weapons, and gadgets to terrorize 1950s America. Publisher THQ Nordic confirmed the reimagining this morning via a reveal trailer where Crypto massacres a small town while listening to “Ich Will” by Rammstein.

The new Destroy All Humans! is a part of a larger trend. Whether it’s Capcom’s lauded Resident Evil 2 or Nintendo’s upcoming The Legend of Zelda: Link’s Awakening, high quality remakes are becoming more commonplace than the quick cash-ins that have been a video game industry staple since the early ‘90s. It’s easy to understand why. Even more so than remasters like Ghostbusters: The Video Game and soft reboots like the 2018 God of War, benefit from both the novelty of newness and nostalgic appeal. That’s an enticing combo from both a publisher and consumer perspective.

Destroy All Humans! is an interesting choice for a remake, despite the fact that it was a steady seller a decade and a half back. Most remakes tend to be classics in their respective genres; think the recent Shadow of the Colossus remake by Bluepoint of vintage efforts like Super Mario All-Stars and Metal Gear Solid: The Twin Snakes. Destroy All Humans! isn’t an iconic staple of gaming history.  As a showcase for the much-missed Pandemic’s quirky sense of humor, Destroy All Humans! was a solid but imperfect title with technical and gameplay limitations that prevented it from reaching the heights of the studios’ superior output like Star Wars Battlefront or Mercenaries.

Then again, Destroy All Humans!’s flaws are precisely why the game deserves a remake if it’s going to come back at all. Game design and hardware have evolved since Destroy All Humans! released back in 2005. A remake allows the developers to improve the game while reinterpreting the source material, and if done right, 2020’s Rammstein blasting iteration of Destroy All Humans! will be a familiar and unique entry within the franchise.

’90s Throwback Yooka-Laylee Throws Even Further Back in Sequel