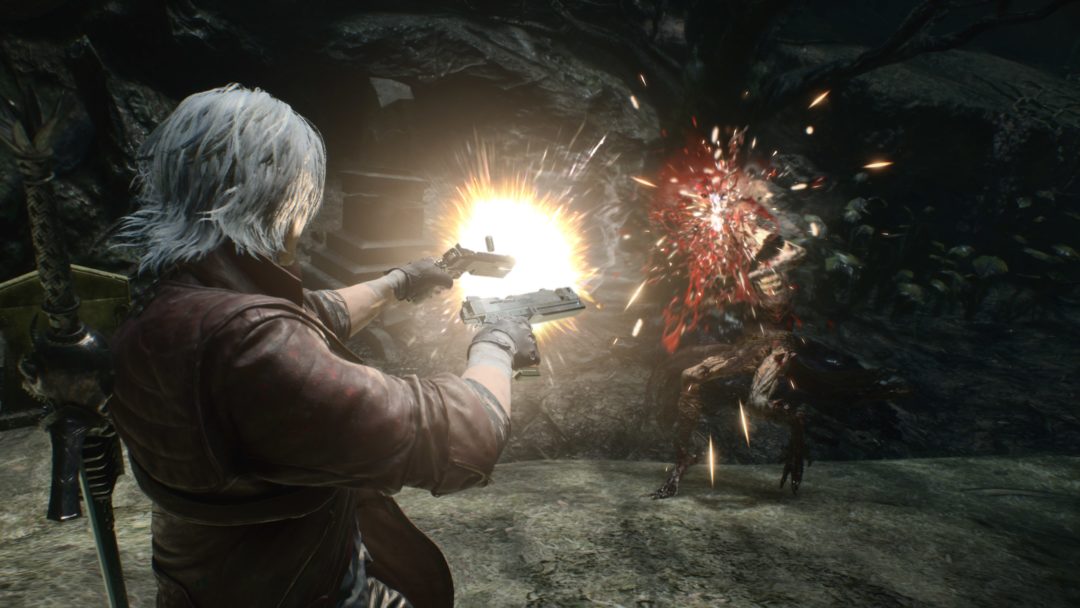 Devil May Cry 5 is a playable time capsule. Capcom’s ludicrous single player hack and slash game is a throwback to an era when titles hooked us with satisfying gameplay rather than obligatory laundry list quests. Where a “modern” experience like Anthem is a joyless chore, Devil May Cry 5 delivers stylish, well-paced combat that ensures fans will be enjoying the game for a long time, only ever breaking its classic feel with the unnecessary inclusion of microtransactions meant to entice players to spend more money.

Capcom, however, isn’t leaving players’ loyalty to chance. The official Devil May Cry 5 Twitter account announced that the game will receive a free DLC update on April 1 (Yes. Really.). The DLC is a survival mode called “The Bloody Palace” where you battle waves of increasingly difficult enemies. Previous games in the franchise had a similar mode.

I’m admittedly indifferent to this news. While free DLC to a rollicking sublime game is always welcome, this content is part of a broader trend where new gameplay modes are patched in  soon after the game’s initial release. You saw it last year with free updates to God of War and Marvel’s Spider-Man. From the perspective of games as a service, free DLC keeps a game relevant by re-engaging its playerbase. As cynical as it sounds, Capcom is basking in positive PR because a once-standard game mode is now being released for free a month after the rest of the game.

Devil May Cry 5 is stellar. The game’s three protagonists have distinctive play styles, the bosses are epic, and the graphic are gorgeous. Sadly not even an old-school action title is immune to modern industry trends.

There’s Nothing Admirable About Rick’s Apathy